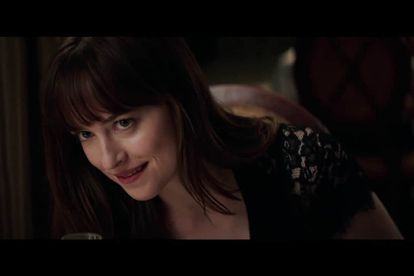 Trash erotica novel Fify Shades of Grey was turned into a trash movie in 2015. While the movie wasn’t nearly as trashy as the novels (in fact, it was quite tame in comparison), the next installment of the movie franchise might be a bit more spicy if the latest teaser is to go by.

It will be called Fifty Shades Darker and, this from Digital Spy, gives some insight into the plot.

But their relationship faces new problems. Her new boss, publisher Jack, takes a rather warm interest in Ana, and Christian gets jealous. Worse, Ana meets Elena Lincoln, who is now Christian’s business partner but was the older woman who introduced him to his kinky lifestyle in the first place.

The film is scheduled to be released in South African cinemas on 10 February 2017. Yep, it’s trashy AF, but we can’t look away…especially not from this new steamy clipped called “Date Night”.