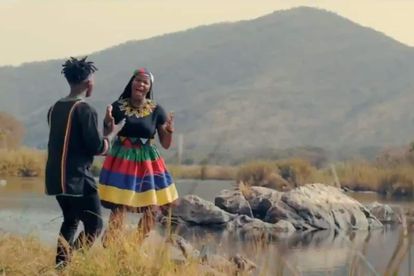 The Ndlovu Youth Choir recently performed on the America’s Got Talent (AGT) stage for a special performance of Higher.

The choir who made it onto the finals of America’s Got Talent last year, returned with a performance to “show off our beautiful country”.

About the Ndlovu Youth Choir

THE CHOIR’S AMERICA’S GOT TALENT JOURNEY:

The choir auditioned for AGT in 2019. They auditioned for the 14th season of America’s Got Talent, where Simon Cowell, Julianne Hough, Gabrielle Union, Howie Mandel, and host Terry Crews followed in their talent search, to showcase unique performers. The choir followed up their smash America’s Got Talent audition from June with a five-star performance of ‘Waka Waka’ on the big stage stateside, which sent them through to the next round of the competition. They also performed U2’s ‘Beautiful Day‘ and eventually put their own spin on ‘Higher Love‘ before advancing to the finals.

Some fans might remember the choir performing Toto’s ‘Africa‘ during the final of America’s Got Talent:

Since AGT, the choir went on to release their very own album and has released various songs and covers throughout. One of their more recent songs is Dolly Parton’s Jolene. It is said that the Jolene music video was shot in February 2020 in the choir’s hometown of Moutse Valley in Limpopo and depicts how rooted the choir are and have always been.