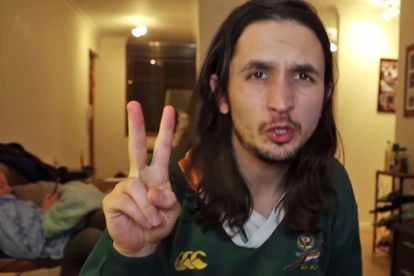 After the Kiffness’ David Scott put a COVID-19 spin on Toto’s ‘Africa’, the musician went on to make a range of lockdown parody videos. His latest includes a video about South Africa moving into level two of the national lockdown which includes the sale of alcohol.

In the parody video he puts his own spin on Afrikaans singer, Kurt Darren’s ‘Loslappie’ and sings about going to ‘Tops in level 2” to buy alcohol.

“Chorus translation for my non-Afrikaans speaking friends: I’m going to Tops (one of SA’s nationwide bottle stores) in level 2, my trolley’s full and I’m going to smoke, my beer is going tonight, I’m going to lie in late because Cyril says we can drink, Papi…”

Fans are obviously here for the parody.

“I was already laughing out loud, but the “sleutel change” finished me…Thank you for making us laugh in tricky times,” said one Facebook user. “As allways Kiffness, you made a dull day seemed brighter! I just love your music posts! Well done,” said another.

“Brilliant, thank you for keeping us sane through this dark period.”

The Kiffness makes jazzy, groovy and uplifting house music and is said to be one of South Africa’s favourite live electronic acts. From the beginning of 2013, founder and brainchild David Scott has had great success in the South African music industry, racking up a total of three South African Music Award nominations and 10 singles playlisted across national radio stations – all of which have reached top 10 status in the top 40 charts.