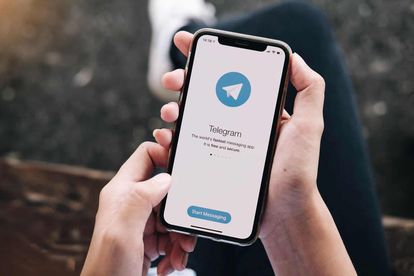 The number of people downloading Telegram went up by 2.2 million, while Signal saw a rise by more than 100,000 users following WhatsApp’s revised privacy policy, according to data analytics firm Sensor Tower.

We took a look at the two most popular alternative messaging apps you could plunge into.

WHAT TELEGRAM HAS GOING FOR IT

With about 500-million users, Telegram is a popular alternative messaging app with features that not even WhatsApp encompasses.

Telegram does not sell users’ data or monetise it; however, in 2021 the app will include ads in its massive public channels to keep the company afloat.

“Telegram must continue to serve the world as an example of a tech company that strives for perfection and integrity. And, as the sad examples of our predecessors show, that is impossible if you become part of a corporation,” Telegram CEO Pavel Durov wrote in a blog post.

Telegram boasts a capacity of more than 200,000 users in a group. Users can send files up to 1.5GB in size and probably the best part, Medium.com states, is that the app is primarily a cloud service, so there is no need to worry about backing up chats.

Other notable features include being able to schedule messages, forward files without downloading them, archive chats, sourcing forwarded messages and more.

THE ‘NOT SO GOOD’ ABOUT TELEGRAM

Red flags have been raised in the past regarding the messaging app’s security features. Chats are not protected by end-to-end encryption like on WhatsApp.

Instead, the company uses a distributed infrastructure for its secret chat feature.

WHAT SIGNAL HAS GOING FOR IT

Endorsed by Elon Musk on Twitter, Signal has emerged as the best alternative messaging app to WhatsApp because of its security features.

As the developer of the end-to-end encryption used by WhatsApp, it means no third party — including Signal — can read your messages.

Depicted by its privacy labels in the App Store, Signal’s standout feature is that it will not collect any user data. Other savvy features include video and audio calls, read receipts, location sharing, fingerprint lock, archive chats and more.

THE ‘NOT SO GOOD’ ABOUT SIGNAL

According to the Wall Street Journal, Signal does not back up chats on the cloud, which means users would need to manually store their messages on their device. While inconvenient, the premise poses a silver lining in that users can escape the risk of invasion in that clouds are not protected by end-to-end encryption.

ARE SOUTH AFRICANS READY FOR THE MOVE?

According to the Twitterati, some South Africans are embracing a move to Telegram and Signal, with some citing a need for change as a reason.

On the other hand, familiar habits play a role, with many South African users believing staying on WhatsApp is still the best option.

Both Signal and Telegram are available for download to South African users on Android, iOS, Mac and Windows.

No, WhatsApp won’t stop working on older phones from January 2021