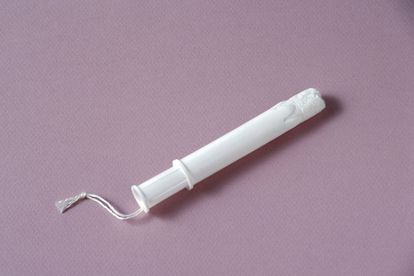 Many of us have watched shows like Sherlock, Criminal Minds and even Catfish to channel our inner investigative sleuth. But nothing pales in comparison to one female TikToker who has used an unconventional method to decipher if her boyfriend was cheating on her.

Let us explain how…

The 23-year-old reveals her suspicions were put on high alert after she discovered the unused tampon and an old mascara tube under the wardrobe in her boyfriend Finn’s college dorm room.

She said in the TikTok video: “I’ve just found a tampon and a mascara under Finn’s wardrobe, and he’s in denial that he’s had a girl here”.

According to her boyfriend, the items were left there by previous occupants of the room. But Lois is not convinced, citing there’s “not enough dust” on the items for them to be laying around for a long time.

Taking matters into her own hands, Lois the uses the serial number on the tampon to contact its Tampax manufacturer to determine when the product was made.

She says in a screengrab of an email to P&G: “Hello. I have a tampon with the code 93452080N2. It’s yellow; regular. Can you tell me when this was manufactured? … I am doing some investigation.”

Surprisingly, P&G responded, stating that the tampon was manufactured in December 2019.

According to Lois this date far preceded the time her boyfriend moved into the dorm room. And as such, she took this as “evidence” he did not, in fact cheat.

“We were just laughing about it together, because it was a bit of a joke,” she says of the whole thing.

Whilst many have hailed Lois’s investigative skills surrounding the mystery tampon as “genius”, others have expressed their concern

“Finn if you’re reading this, RUN”

Others praised Tampax and P&G for their assistance.

“Grace from Tampax understood the assignment”, said one Tiktoker.