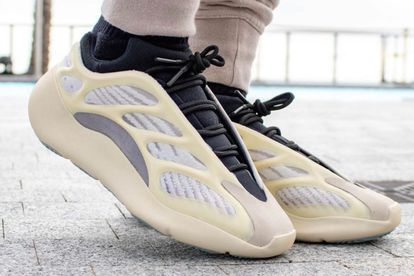 Takealot is one of South Africa’s most popular online stores, with items like braai stands, cellphones and board games on sale. According to YoMzansi, the e-commerce giant allegedly had several high-end sneakers on their website and were listed at a price that raised alarm bells for sneakerheads.

As per YoMzansi, Takealot recently listed two of Kanye West’s Yeezy sneakers, Yeezy Boosts and AirJordan 3 basketball sneakers for sale. The online store also had Travis Scott’s Air Jordan 1 sneaker collaboration with Nike listed, which at the time, were unreleased. The sneakers were officially available on Thursday 21 July.

The Travis Scott sneakers, which were officially released in the United States on 21 July, were being sold for R2 499.

YoMzansi reported that the sneakers were since removed from the website.

Speaking to BusinessInsider in 2020, Nick Herbert, owner of the popular sneaker store Shelflife said scammers had started using Instagram to sell fake sneakers. He added that some scammers never delivered the goods that were on offer.

“The majority of the fraudulent sellers are selling direct to the public, via Whatsapp or direct messages on social media. Once you fall victim to this it’s very difficult to get your money back,” said Herbert.

“The most secure way to shop is through a legitimate business with a registered, secure website and possibly a physical premises.”

Nick Herbert also told the publication that the scammers use images from other stores to sell their fake sneakers.

“Generally, they will make up stories saying they import directly, or have a connection at the brand. Most peoples’ conversations we have seen over the past two weeks have started like this.”

“The seller will guarantee the product is legitimate at any cost to ensure the sale, Some guys do not even have the products – they just take your money and block you.”