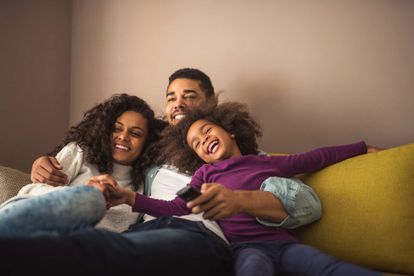 If you need some distraction from the current state of affairs, here are a few suggestions from tonight’s Sunday movie lineup: Knives Out, Escape Plan, Tropic Thunder and I Am Slave.

Sunday movie on M-Net – ‘Knives Out’

The circumstances surrounding the death of crime novelist Harlan Thrombey are mysterious, but there’s one thing that renowned Detective Benoit Blanc knows for sure; everyone in the wildly dysfunctional Thrombey family is a suspect.

Now, Blanc must sift through a web of lies and red herrings to uncover the truth.

‘Knives Out’ cast and characters

Tough and chiseled Ray Breslin knows how to infiltrate a prison, and bust out of one. His latest job leads to a double-cross, leaving him stuck in a high-tech facility with the worst that society has to offer.

Luckily for Ray, he meets Emil Rottmayer, an inmate who secretly helps him hatch a plot to win his freedom. Only sadistic warden Hobbes stands in the way of the two men successfully making it out alive.

While shooting a war film, the director attempts to liven up proceedings by dropping the principle actors into the middle of a real jungle, claiming he is going to capture their performance with hidden cameras.

The hapless group including drug-addled comedy star Jeff Portnoy and po-faced method man Kirk Lazarus are completely unaware when a series of unfortunate events leads them into the middle of a real war zone.

Sunday movie on eTV – ‘I Am Slave’

‘I Am Slave’ plot

Malia, a 12-year-old girl from the Nuba Mountains, is snatched from the arms of her father during a Muharaleen raid on their village. Sold into slavery, she spends the next six years of her life working for a Sudanese family.

Then, aged 18, she is sent to London where the brutality and inhumanity that she experiences continues, only under a different roof.

Watch: ‘I Am Slave’ trailer

‘I Am Slave’ cast and characters