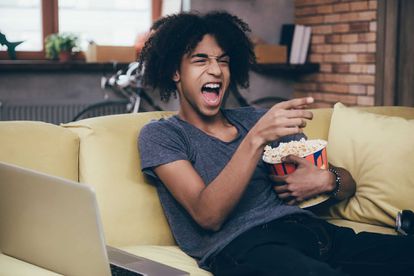 If you need some distraction from the current state of affairs, here are a few suggestions from tonight’s Sunday movie lineup. Turn to M-Net, M-Net Movies 1, eTV and SABC 3.

The world needed a hero – it got a hedgehog. Powered with incredible speed, Sonic embraces his new home on Earth – until he accidentally knocks out the power grid, sparking the attention of uncool evil genius Dr. Robotnik.

Now, it’s supervillain vs. supersonic in an all-out race across the globe to stop Robotnik from using Sonic’s unique power to achieve world domination.

One month every year, five highly competitive friends hit the ground running for a no-holds-barred game of tag – risking their necks, their jobs and their relationships to take one another down.

This time, the game coincides with the wedding of the only undefeated player. What should be an easy target soon becomes an all-out war as he knows they’re coming to get him.

Duke, second-in-command Roadblock, and the rest of the Joes face a two-fold threat. Not only is their mortal enemy COBRA rearing its ugly head again, but there is also a threat from within the U.S. government

There might be an impostor in the White House. Meanwhile, Snake Eyes is on a search for inner peace but learns that his nemesis, Storm Shadow, is still alive.

The compelling sequel to The Godfather, contrasting the life of Corleone father and son. Traces the problems of Michael Corleone in 1958 and that of a young immigrant Vito Corleone in 1917’s Hell’s Kitchen.

Michael survives many misfortunes and Vito is introduced to a life of crime.