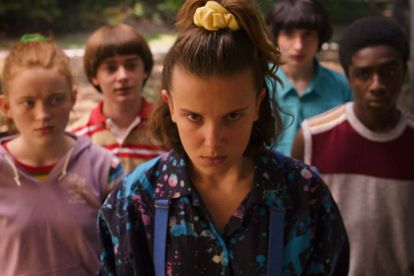 It’s been a long wait but Stranger Things season 3 finally arrived and we can’t wait to get started on this final stretch of 1980s nostalgia.

The Stranger Things hype is taking the world by storm. Even Microsoft joined the fun, teasing netizens with the “launch of Windows 1.0.” We assume there’s a connection to the show, because Windows 1.0 was released in 1985.

What they are planning is anyone’s guess. Be that as it may, we don’t want you to dive into season 3 without getting a quick recap of the events that played out in season 2. Let’s play catch up quick.

Queue the nostalgia, tease your hair and get your puffiest neon pink sleeves out of the closest. Season three doesn’t pick up from where it left off, so we’re going to have to keep our wits about us.

What is the Upside Down again?

The Upside Down is a dark realm, an alternate dimension that exists parallel to our human world.

The realm is controlled by the Mind Flayer. Basically, what nightmares are made of.

The Demogorgons we saw in Stranger Things season 2 came from the Upside Down. Back in 1983, the Hawkins Laboratory made contact with this alternate dimension when they experimented on Eleven.

The final episode of Stranger Things season 2 saw Eleven battling the Mind Flayer, with the help of Joyce and Hopper and the rest of their circle. Using her telekinesis, she successfully closed the portal between our world and the Upside Down.

It was a satisfying conclusion and we all believed that the Mind Flayer was sent back to the dark hole he crawled out from, but that warm fuzzy feeling was replaced with terror when the final scene rolled by.

What’s up with Will?

You may recall from Stranger Things season 2 that Will was possessed. He recovered from that when Eleven closed the portal. Or did he? It was through his possession that we learned how transportation to the Upside Down works.

In short, someone can be consumed or infected by the Mind Flayer when transported to the Upside Down. Remember Barb? Yes, like that. Through this “infection”, the Mind Flayer can control that person.

They will carry out his bidding in our dimension and no one will be the wiser. Will was able to escape the Mind Flayer’s mental entrapment, but a recent Stranger Things season 3 trailer teased that the next victim might be sweet Billy.

While Will was strong enough to break free from the Mind Flayer’s clutches, we fear that Billy may not be so adeptly skilled.

What happened to Hawkins Lab?

The facility shut down after their dangerous experiments were exposed to the general public. We still don’t know if Dr Owens was the good guy or the bad guy, but we’re leaning towards good.

Remember, he helped Hopper to become Eleven’s legal guardian. And he convinced Hopper to let Eleven go out for the evening to the Snow Ball. So while he may not be a saint, it tips the scales slightly in his favour.

What we don’t have an answer for yet, is the fact that justice had not been served for Barb’s murder. No arrests were made. We’ll have to wait and see if there’s any closure about her death in Stranger Things season 3.

Who’s in love with who?

Mike and Eleven seemed to have fun at the Snow Ball, taking their time to enjoy a much-deserved slow dance – and first kiss – after saving the world. As one does.

Keep in mind that Hopper is very protective over Eleven, but we all know you can’t keep two teenagers with muis neste away from each other. We suspect a good dose of teenage rebellion may be in store.

Then there’s Max and Lucas, who finally put that awkward crush phase behind them and made it official. Shame, and poor Dustin liked Max, but never got the opportunity to express his feelings.

Meanwhile, Will also got a mysterious pairing at the Snow Ball. Dancing with an unnamed girl who lovingly called him Zombie Boy. There is definitely potential there.

In the grown-ups’ sphere, Joyce is back on the dating scene after losing her boyfriend Bob to a Demogorgon attack in season two. Maybe there’s hope for her and Hopper after all. Fans have already taken to calling them Jopper.

That’s pretty much all from my side, folks. Hope it answered some of your questions. Now if you’ll excuse me, I have an eighties-inspired playlist loaded and ready, and I need to find my hairspray. Gnarly, dude.

P.S. I’d like to state for the record that I’m not appropriating eighties culture. As part of the first batch of millennials, I’m only a few years younger than Eleven. So, there.