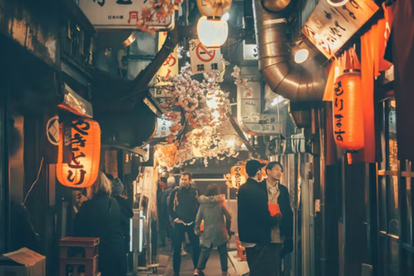 A man ran away with an entire Japanese town’s Covid-19 relief funds. Image via Unsplash

A man ran away with an entire Japanese town’s Covid-19 relief funds. Image via Unsplash

An entire Japanese town has been left raging after one man got away with all of their Covid-19 relief funds. According to a publication in the area, the funds were mistakenly sent to the man who decided to flee with all of it instead of notifying authorities about the mistake.

It’s said the man moved the money in small amounts from the account it was sent to and disappeared shortly afterward.

A 24-year-old man has taken off with an entire town’s Covid-relief funds that were mistakenly transferred to his account.

According to Business Insider, 43.6 million yen (around R5.8 million) was sent to his account on 8 April this year.

Instead of notifying the appropriate people, he took off with the money which was meant for financial aid to 463 households who were affected by Covid-19.

Local publication, SoraNews24, reports that the man started transferring the money in small increments so that it wasn’t detectable by authorities.

When he was eventually pinpointed, he told authorities that the money was gone.

“All the funds had been transferred to an account at another financial institution,” he told them, according to the newspaper.

“I cannot return the money back to the original account. I will make amends for my crime.”

On 12 May, a lawsuit for repayment was filed but by this time, the man had moved from his property and is still at large.

The money was reportedly sent to him because his name was at the top of the list of accounts that money was supposed to be sent.

There was subsequently confusion about whether it was meant to be sent to his account first and then later distributed to the rest of the town’s people.

Meanwhile, the young man has been described as a good boy who was “young and handsome”. He had also already paid up his May rent to his landlord by the time of his disappearance.