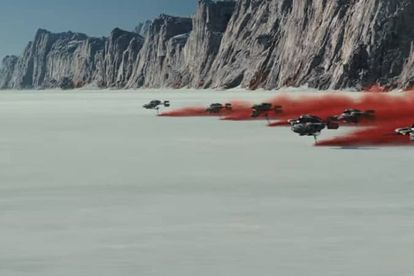 It’s now been almost two years since Star Wars returned to our screens in the most incredible way. Fans of the universe were filled with nerves as they worried that Disney’s involvement may ruin the series. Director JJ Abrahams managed to do the impossible, make Disney AND Star Wars diehards proud.

While JJ is not directing this time, Episode 8 is set to be another cracker of a film.

When does Star Wars Episode 8 release in South Africa?

Episode VIII (we decided to be fancy) will launch in local cinemas on Friday the 15th of December. Just like the last two Star Wars movies, episode 8 is gunning for the top spot during the Christmas holiday period.

The film carries on where Episode 7 left off, remember that finale spinning scene of Rey handing Luke the lightsaber? Yes, that one.

The trailer also confirmed the obvious as Luke can be heard training Rey to use the force. Be sure to look out for the interesting teaser about the Jedi “ending”.

Who is returning to the Episode 8 cast?

While the Star Wars fandom mourned the loss of Carrie Fisher (Princess/General Leia, they will get to pay one last send off to her as her scenes for the film had already been filmed before her death. The lovable John Boyega (Fin) and Daisy Ridley (Rey) are of course back as the two main characters. Adam Driver (Kylo Ren) is back too and we can expect much more than a few seconds of screen time from Mark Hamill (Luke Skywalker).

Are you ready to have your force awoken on December 15th? We certainly are.