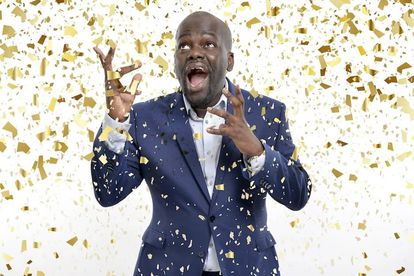 An example of his struggle to make it big is when he went home to Malawi in 2012 and made a joke about the Malawian flag during one of his “Laughrica” shows. The government subsequently threatened to arrest him for insulting the flag and he left pretty quickly. But that’s getting less and less, he says.

Chaponda was born and grew up in Malawi, from which he and his family moved elsewhere for political reasons. He went to school at Waterford School in Swaziland, has got degrees in Canada, and performed everywhere including Australia, South Africa, Zambia and Zimbabwe, countries he comments that his humour worked best for.

“Working in the Baxter in Cape Town was one of my best-ever evenings.”

Chaponda, 38, first came to our notice here on Britain’s Got Talent when he captured the nation’s hearts and came third in the competition. As a result of  Britain’s Got Talent, Chaponda signed with BBC Radio 4 to create a new series called Daliso Chaponda: Citizen of Nowhere, broadcast Wednesdays at 6.30pm. We talk while he is in London midway a 52-gig countrywide British tour called What the African Said… When he’s not performing he’s writing a sit-com.

“African humour is now working well in the world,” he says. “Here in the UK, humour is quite cynical, taking the piss. Our African humour is more optimistic. Nowadays everybody is struggling and there seems to increasingly be a place for African humour. There are so many big African shows playing worldwide. But I think funny stuff is universal. Family, love, gossip, regular stuff. Humour is everywhere now, like YouTube. (He has more than 9 million views on YouTube.) The world is such a much smaller place nowadays.”

Tickets are £15 and for info about venues click here.