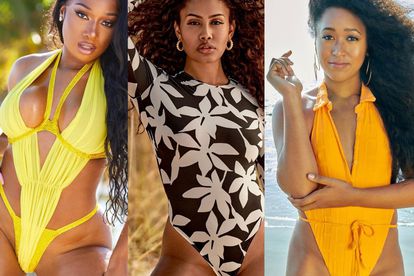 Sports Illustrated tripled on their inclusivity this year as three cover stars make history in their swimsuit issue which hits shelves on 22 July.

Model Leyna Bloom, rapper Megan Thee Stallion and tennis ace Naomi Oska have each brought something special to the Sports Illustrated Swim 21 edition of the magazine. Here is a look at how each of the three women will go down in history for their covers.

“This moment heals a lot of pain in the world. We deserve this moment; we have waited millions of years to show up as survivors and be seen as full humans filled with wonder,” wrote Bloom in a post on Instagram.

ALSO READ: Demi Lovato says even ‘they’ misgender themselves sometimes

Rapper Megan Jovon Ruth Pete, popularly known by her stage name Megan Thee Stallion made history as the magazine’s first rapper cover star. The Body-Ody-Ody hitmaker has always been heavy on body positivity through her music, social media and when public speaking.

“Shooting the cover made me feel really empowered and happy,” she told CNN. “It made me feel good to know that women who have bodies like me can be celebrated. Not just the standard types that we have seen before.”

Osaka’s cover has been receiving some negative attention as she has been called out for being a hypocrite after withdrawing from the French Open as she refused to speak to the media. The tennis player explained that she was doing it for her mental health. However, has since appeared in Vogue, launched a Netflix series and now featured on the cover of Sports Illustrated.