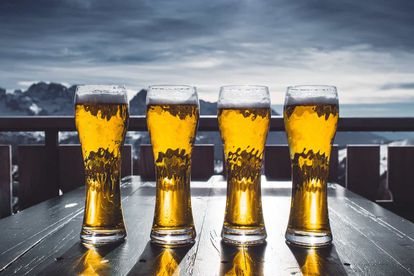 While restaurant staff continue to suffer during COVID-19 and under the subsequent restrictions, and in the hope that the ongoing alcohol ban is lifted, it seems black market booze trades have been flourishing.

Yes, the liquor industry said it’s seeing signs of a rise in the illicit trade after the ongoing alcohol ban was implemented during the festive season.

Convenor of the Liquor Traders Formations, Lucky Ntimane told IOL that alcohol is being sold at ridiculously high prices.

“It’s happening and these prices are going to go up every week that we are closed. We are well aware of the numbers and we are concerned but it was expected, for me and our members we are concerned about the livelihoods and some balance needs to be struck.”

According to a study by Euromonitor, the alcohol industry loses R12,9 billion in gross revenue per year to illicit trade, which converts to a loss of R6,4 billion in alcohol tax contribution to the SA Revenue Service, with the World Health Organisation estimating that 24% of the alcohol market in South Africa is illicit – and most of these illicit tradings are taking place on messaging apps like WhatsApp or Telegram.

In an offer made on WhatsApp to Business Insider SA, a standard case of white wine which would normally go for around R390 was being sold for R600. What’s more, word on the street is that a bottle of beer (340 ml) can be bought for R50. Under normal conditions, a Castle Lite costs about R13 per bottle when purchased as part of a six-pack. Others are selling a bottle of brandy for R400 – and according to Price Check – one bottle of Richelieu (750 ml) is usually priced at R159.

According to 2OceansVibe, you can find some high-end offerings like Hennessy VS, at R700 a bottle (up from an average retail price of R470) on Telegram, but if Jack Daniels is your thing, you’re looking at R700 for a bottle that will normally cost you R280.

Meanwhile, Jagermeister is retailing on the black market for R600, up from R270 a bottle.

In addition to the retailing of known brands, there has also been a rise in the sale of fake alcohol.

“What we have noticed is that people do access pure alcohol,” said South African Liquor Brand Owners Association Chair Sibani Mngadi, “that is around 96% ABV and they neutralise it and fillup used bottles of branded products and sell them as genuine products to the public.”

“The rise in the illicit manufacture, trade and consumption of alcohol caused by prohibition poses serious health risks as health and safety standards are bypassed. An increase in illicit trade also means that the taxes and duties that usually accrue from the legitimate sale of alcohol are lost to the fiscus.”