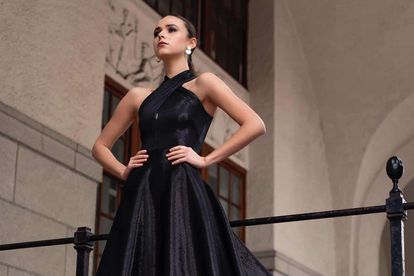 Local designers will be featured at this year’s pageant. Image via Lena Lisa / Facebook

Local designers will be featured at this year’s pageant. Image via Lena Lisa / Facebook

Some of the country’s best fashion designers will be dressing the Top 10 Miss SA finalists. The entertainment-packed event will be held at the Table Bay Hotel in Cape Town on Saturday, 24 October and promises to be a special night.

This year, nine of South Africa’s top fashion designers will be in the spotlight as they showcase their latest designs in beautiful pieces made for the Top 10 finalists. The nine designers hail from cities around the country, including Johannesburg, Cape Town, Durban, Tshwane, and Klerksdorp.

Durban-born designer Sandi Mazibuko and founder of House of Fabrosanz will lead the way in the opening sequence at the pageant with finalists wearing her ready-to-wear Nguni print collection. When asked about her inspiration behind the collection, Mazibuko said it was important for her to translate Zulu culture into wearables.

“The Nguni print draws inspiration from the traditional art references of the Nguni tribes. It was so easy to design for each of the finalists after meeting them and seeing their body shape. We made them ‘fashion girls’ and they will get to walk in the pageant as they would do on the runway.”

The finalists’ glamorous evening gowns will be designed by Cape Town’s Lena Lisa, who aimed to complement and enhance the underlining theme of the pageant, which called for the gowns to be simplistic but refined and translated into a timeless look.

Designs for the swimwear segment of the show this year will come from a collaboration between Cape Town’s TracyB Swimwear (the costumes) and Johannesburg’s Imprint ZA (the outerwear).

TracyB Swimwear’s founder, Tracy Efstathiou, has been in the business of designing swimwear since 1990 and has collaborated with a host of stars, including Miss Universe Zozibini Tunzi on a shoot in Mauritius.

For this year’s pageant, Tracy designed “a funky African-inspired swimwear range with a sexy and sophisticated feel.” She does admit she makes her designs “a little more conservative” when creating pieces for a pageant.

When asked about her thoughts on this year’s contestants, she said, “I think these 10 finalists are an amazing group of strong and beautiful, talented contenders that are inspirational to a broad spectrum of women. I’m enjoying the diversity of culture and backgrounds where they come from and it’s refreshing and exciting to see how each one has something unique to offer.”

Head designer of Imprint ZA, Mzukisi Mbane, was thrilled to be able to be part of the show and was inspired by how this year’s top ten finalists represented every South African woman.

He says they have created an “edgy look” for the pageant, while still maintaining an element of class.

“I am blessed that Imprint has been worn by many previous Miss South Africa’s from Basetsana Khumalo and Rolene Strauss to Zozibini Tunzi. I see my brand as a storytelling tool and celebrating the stories and glamour of our African ancestors with a very modern and futuristic feel.”

For the glamorous grand finale, five designers will each get to dress two Miss South Africa finalists in gorgeous finale evening gowns.

Miss SA creative director Werner Wessels is proud to welcome some of the country’s finest designers to the show this year who, he believes, will demonstrate the strength of the design industry in South Africa.

“The fashion segments were designed to start with strong monochromatic prints and then evolve throughout the night into an explosion of colour with each contestant wearing a chosen colour of the rainbow to represent the diversity and strength of our Rainbow Nation. The filming of this year’s pageant will allow us to showcase some of the fashion as viewers have never seen it before. It’s going to be a finale to remember,” he says.

Miss South Africa will be presented by Weil Entertainment in association with M-Net, Mzansi Magic, Sun International, Brand South Africa, and the City of Cape Town.

The pageant starts at 5pm on Saturday, 24 October, and will be screened live on M-Net and Mzansi Magic and will be streamed live for an international audience.