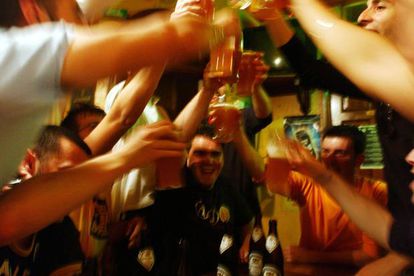 When it comes to heavy drinking, South Africa is right up there. It is estimated that 60% of South Africans consume alcohol, higher than the global average of 52%. But it’s the amount of booze consumed that’s really shocking.

On average, South Africans drink around 12.4 litres of pure alcohol each year, double the world average of 6.2 litres. These high consumption levels have a direct impact on the economy and it costs South Africa around R37.9 billion each year. Crime, health, social welfare, traffic accidents, missing work and other factors are just some of the issues caused by alcohol. Accidents as a result of alcohol is a particular issue.

The booze industry is not all bad, of course. It creates jobs. The wine industry alone employs nearly 300 000 people,  but it needs careful management in order to ensure responsible drinking.

The department of trade and industry’s draft liquor policy was open for public comment until 13 August 2015. Amongst some of the proposals is a law which could see alcohol traders liable for any legal transgressions by their patrons. There is also a proposal to increase the legal drinking age be increased from 18 to 21.

There has been plenty of outrage about these laws, but there are some odd laws all around the globe. Here are a few.

This law bars venues from letting in more patrons after a certain time. In some cases, this is as early as 1 am.  The New South Wales Government have said that these laws have contributed to a 39% reduction in violent alcohol-related incidents.

It’s illegal to crush a beer can between your breasts in Western Australia. There goes your party trick. Seriously. In 2007, a bar tender was fined AUD$1000 for doing just that.

No cocktails or shots after midnight

This law includes anything “on the rocks”. If you’re a fan of single malts, you’re out of luck.

In Texas, you can be arrested if an officer of the law suspects you’re boozed up.

Booze that’s stronger than 3.5% can only be sold in “systembolaget” which is run by the state. You also can’t buy booze after 7pm, something folks in Cape Town will be familiar with.

It’s legal to drink beer in Nigeria, but home brewing is not.

It has changed now, but a few years ago, beer was not even considered booze because the alcoholic content was under 10%. Because it was considered a foodstuff, it could be sold and consumed in public at all times.