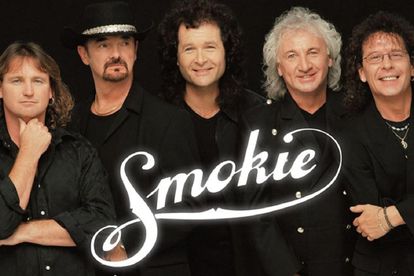 After four sold-out tours with Lefra Productions in 2008, 2011, 2013 and 2015, Smokie is set to perform in Gauteng and Cape Town when they visit South Africa’s shores with their anthology of hits once more.

The internationally successful British pop group Smokie, consisting of Mike Craft, Terry Uttley, Mick McConnel, Steve Pinnell and Martin Bullard, became a household name with chart-topping hits like Living Next Door to Alice, Lay Back in the Arms of Someone and If You Think You Know How to Love Me, and constant tours of the UK, Europe and Asia.

The band is believed to be one of the most popular and well-known bands.

And their success is bound to grow.

Look at the Guinness Book of Hit Singles and you could be forgiven for thinking Smokie`s success story was a 1970`s phenomenon. After all, 11 of their 14 British hits came in that eventful musical decade.

However, their massive success story has continued to flourish around the globe including in Scandinavia, South Africa, Germany and even China. It is also reported that Smokie has sold out numerous tours and gained platinum records in four decades.

Tickets range from R315 to R650 per person and are available online through Computicket.

Quick facts about Smokie and their success