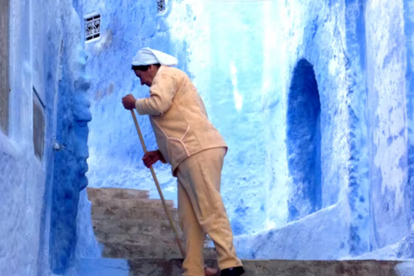 Domestic workers will get a salary increase. Image via Unsplash

Domestic workers will get a salary increase. Image via Unsplash

For a long time now, domestic workers in South Africa have been fighting for salary increases, job security, and retirement funds. Unfortunately, the world still holds those who clean their homes in very little regard so progress has been dismally slow. Finally, there appears to be light at the end of the tunnel as the minimum wage for domestic workers just increased.

The last few years have been extremely tough for domestic workers who were losing their jobs in large numbers due to the COVID-19 pandemic.

A lot of South Africans lost their jobs and as a result, had to bid farewell to the people who had been helping them keep their homes in order all these years.

2022, however, is proving to be off to a more positive start for domestic workers or rather helpers as their minimum wage has just been increased.

ALSO READ: Domestic workers to benefit from the new regulations over the coming year

eNCA reports that there are around 900 000 domestic workers in the country at the moment and the number is steadily increasing again.

And now the Department of Labour announced that their salary will go up from R19 an hour to R23 an hour bringing their monthly total up to at least R3700.

The last minimum wage saw helpers earning almost 12% less than people in other fields – something that the department vowed to change.

The time has finally come as the new wage is set to be implemented from 1 March this year.

Employers who fail to meet these requirements will face legal action, the department warns. Meanwhile, those employers who cannot afford the new minimum wage will be required to apply for an exemption at a labour centre.