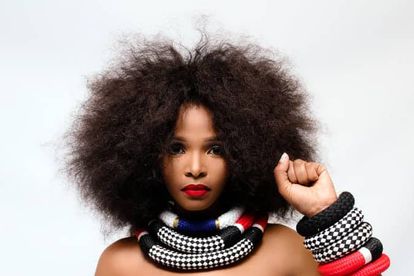 Simphiwe Dana set Twitter tongues wagging with her views on Cyril Ramaphosa’s presidency on Sunday, 25 April. The singer-songwriter has been a trending topic on the social media platform, as well as Google search, since making the controversial remarks.

RAMAPHOSA IS THE ‘WORST PRESIDENT WE’VE HAD’, SAYS SIMPHIWE DANA

Late on Sunday, at 23:02, Dana took to Twitter to say the following: “I know we’re scared to say it. But Ramaphosa is the worst president we have had.”

The statement drew a mixed response from the social media crowd, users agreed and disagreed, while others questioned why an entertainer was making political statements instead of “concentrating” on music, to which Dana replied, “I have a right to speak my mind.”

Dana, seemingly bracing herself for backlash, also said: “I opened your eyes about [Helen] Zille. And you gave me a lot of flack for it. I expect a lot a flack for this too.”

Others took a more measured approach and considered what Dana was saying. “To be honest, I haven’t even wanted to entertain this question. I just chucked it down to the fact that we’re in crisis mode and he’s providing the best leadership he can under the circumstances,” said another user, to which Dana replied: “That’s me too. I guess ignoring the arts has rubbed me the wrong way.”

NOT THE FIRST TIME THE SINGER HAS BEEN ‘UNIMPRESSED WITH RAMAPHOSA

Earlier this month, on 6 April, Dana sent a tweet that was critical of the president. On that occasion, the singer took offence to how Ramaphosa “ignored” the country’s arts industry that has been hit hard by the COVID-19 pandemic.

“I’m also quite unimpressed with our president has ignored the arts during this pandemic,” said Dana. “But he will be shocked when things completely fall apart in this sector.”

Again, the reaction from social media users was mixed. Some people agreed that the president hasn’t said enough about the topic, especially since arts – music, film, television and other media – have become increasingly important to people across the globe during lockdowns.

Others felt that Dana’s anger was misdirected and should have gone towards the government ministry responsible for the arts.