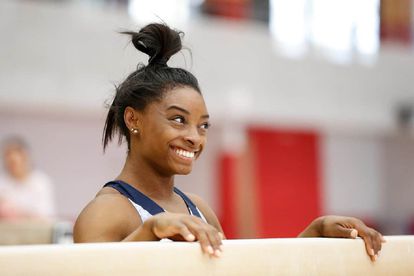 Win or lose, Simone Biles has already claimed a slice of history at the Tokyo Olympics.

READ | WILL CHAD LE CLOS ADD TO RECORD OLYMPIC HAUL? WHY THE SMART MONEY SAYS NO

The reigning all-around champion – long-regarded as the greatest gymnast of all time – has become the first athlete to be awarded their own emoji on Twitter.

The social media platform announced on Wednesday that it had given Biles her own emoji – a goat wearing a leotard and a gold medal.

The symbol is a reference to Simone Biles’ status as the “G.O.A.T: Greatest of all time” – a tag the 24-year-old Olympian has embraced in recent years.

The symbol is generated by inputting #SimoneBiles or #Simone in Tweets.

Simone Biles recently began competing in a leotard decorated with silver rhinestones in the shape of a goat’s head.

The American star – who has dubbed her personal goat character ‘Goldie’ – says the leotard design is meant to inspire others.