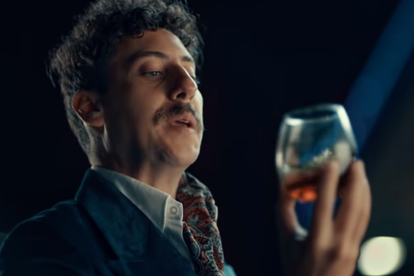 Schalk Bezuidenhout has managed to sum up every motorists’ feelings about petrol right now. Image via YouTube: @WeBuyCars

Schalk Bezuidenhout has managed to sum up every motorists’ feelings about petrol right now. Image via YouTube: @WeBuyCars

The last few months have been everything but breezy for South Africans who are battling to survive under constant price hikes, load shedding and now fatal KwaZulu-Natal floods. One thing many are turning to is a bit of humour to help lighten the load, and comedian Schalk Bezuidenhout is generously putting a smile on many faces with a hilarious WeBuyCars ad that pokes fun at the ridiculously high price of petrol.

The price of petrol is at an all-time high in South Africa and has been giving motorists across the country sleepless nights as they wonder how they’ll make it through the month.

Schalk Bezuidenhout, a self-proclaimed “lekker mens,” has found a way to not only promote car selling service WeBuyCars but has also managed to leave motorists in absolute stitches.

In the ad that was designed to get people to sell their cars to WeBuyCars and get some much-needed cashback, a very well-dressed Schalk can be seen taking a sniff at what appears to be a drink of superb quality but is actually a glass of petrol.

“Okay, talk to me,” Schalk says in anticipation as he swirls the contents of the glass. “Elegant. Tough choice.”

Taking some more time to inhale the contents of the glass while remarking how expensive it smells he says:

“Majestic,” also making a note of its wonderful “consistency”. Hilariously, he goes on to remark that it smells like a “papsak that went to private school”.

After taking another sniff he says: “Musk, Elon Musk,” he says. “This is gonna hurt the bank account.”

The ad takes an even funnier turn as it appears he has finally made up his mind by saying that he’ll take a full tank.

And if viewers still weren’t getting it, he hands the glass to a petrol attendant who looks baffled by what he just witnessed.

After watching, one can’t help but relate to Schalk’s sentiments towards petrol which has become somewhat of a luxury that needs to be fully appreciated and cherished since it isn’t easily affordable anymore.

ALSO READ: This Easter, a trip to the Cape from JHB will cost R2.4k – for petrol alone