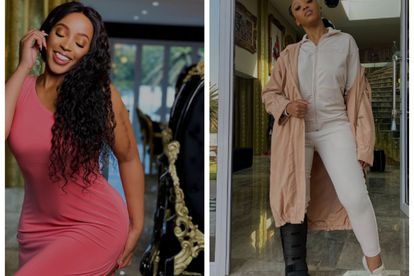 Sbahle Mpisane has hit back at a troll who suggested she gets her leg amputated. Images via @sbahle_mpisane

Sbahle Mpisane has hit back at a troll who suggested she gets her leg amputated. Images via @sbahle_mpisane

Socialite and fitness enthusiast Sbahle Mpisane has lashed out at a social media user who suggested she gets her leg amputated for better flexibility.

The 29-year-old, who is the stepdaughter of Royal AM boss Shauwn “MaMkhize” Mkhize, was involved in a car accident in 2018 which left her gravely injured as she spent weeks in a coma and months in ICU.

On Wednesday 10 August, Sbahle Mpisane took to her Instagram stories to show her fans some of the private messages she gets on the social media app. A message from a person who said that they are an amputee suggested that Sbahle considers getting her leg amputated.

In an interview with YouTuber Owamie Netshivhazwaulu in April, Sbahle revealed that she was “permanently disabled” after losing her ankle bone resulted in her wearing a moon boot.

“I saw somewhere that you are permanently injured on your leg. I am not sure if you ever thought of amputation… Sounds scary I know. Just imagine being able to wear heels again, run again. I hope you have thought of it.

“You don’t have to respond to my text if I offended you in any form, it is not my intention,” the fan wrote.

‘I DON’T KNOW WHAT LEVEL OF STUPIDITY Y’ALL HAVE’

In response, Sbahle slammed another fan who pointed out that it was merely a suggestion and something to consider.

“With all due respect, I don’t know what level of stupidity y’all have!” she began.

“TF will I want to cut my f**king foot for??? To wear f**king heels. Do I look that bored in life or feel restricted from anything more?

“F**king survived to come deal with a lot of c*nts like y’all here on earth!!! F**k the few actually for supporting what is being suggested to me!!! Unfollow me whilst on it because we not on the same page,” Sbahle wrote.

She went on to tell trolls that these kind of messages have driven her to depression and attempting suicide.

Last month she revealed that she had previously attempted taking her own life a few times since the accident in 2018.

“Y’all do nothing more but to depress us with your unnecessary words. Y’all were the main fuel behind all my suicide attempts & yes y’all still behind my tears,” she continued.