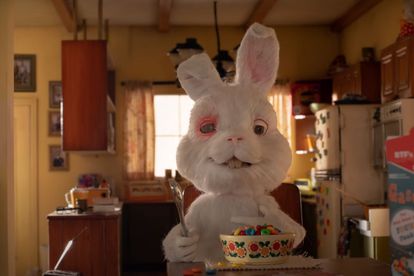 Image: YouTube/
The Humane Society of the United States

Image: YouTube/
The Humane Society of the United States

The star-studded animated short film that is part of a campaign to ban animal testing for cosmetic products, Save Ralph, has gone viral all over the world for all the right reasons.

Save Ralph will hit you right in the feels

According to Collider, the short film was released right after Easter and features a bunny whose job is to make sure all the products you find in your toilet are safe for human use, even if it means putting himself at risk.

Using a fake-documentary format, Save Ralph follows the routine of the working rabbit Ralph, voiced by the New Zealand film and television director Taika Waititi.

Ralph is blind from one eye, can only hear a ringing sound on his right year, and his body is covered by chemical burns that make it painful to move. The script gets Ralph’s testimony about the importance of his work, and the self-contempt the rabbit shows should be amusing in contrast to the real horrors he faces.

What’s more a lot of big names in the movie industry lent their voices to the project, as secondary rabbits, in order to show their support for the cause and increase awareness of the issue. Besides Waititi, Save Ralph also features the voices of Ricky Gervais, Zac Efron, Olivia Munn, Pom Klementieff, Rodrigo Santoro, and Tricia Helfer.

The film was produced by the Humane Society International, an organisation that works to promote animal-free testing and research, rescue endangered animals, and try to reduce the negative impacts of farming on animal life.

With Ralph as their new “spokes-bunny”, the organisation intends to use the animation as an easy way to reach a wide public.

The organisation is active in more than 50 countries, including Africa. Back in 2020 in South Africa, Beauty Without Cruelty (BWC) chairperson, Toni Brockhoven, said there was an assumption that animal testing for cosmetics does not take place in South Africa.

You can watch the film right now, and take action against animal testing over here.