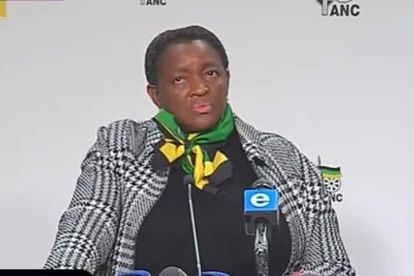 Mzansi’s fed up with Bathabile Dlamini, Sassa and the BS her department’s been feeding South Africans for far too long. Even when the Constitutional Court ordered the minister to answer why the Sassa debacle had been allowed to get out of hand, she remained defiant… until her department came up against Chief Justice Mogoeng Mogoeng.

Read: Sassa, Dlamini to answer for grant payment confusion whether they want to or not

Have a look as South Africans online once against prove how little chill they really have:

Breitenbach repeats that SASSA and DSD didn’t lie, but rather that they were “overly optimistic” #SASSA pic.twitter.com/VSfcZWQxle

Breitenbach admits he cannot make any submission on what the Minister did to correct the situation #SASSA pic.twitter.com/rjxMPilX9q

#SASSA #SASSAConCourt
Let’s not forget that Jacob Zuma told us to relax when it comes to this.

Breitenbach can’t account for what happened before October. He’s saying Dlamini took firm control once she knew, but v.scant on before that. pic.twitter.com/qtwdidoDzh

#SASSAConCourt #SASSA
Bathabile when she saw what’s happening at the #ConCourt pic.twitter.com/wuRIPwmsIT