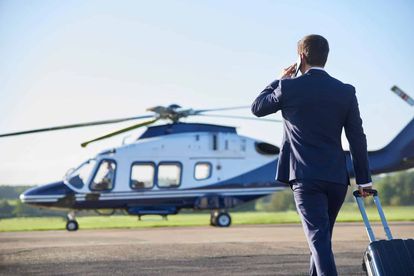 SARS will soon be onto those whose lavish lifestyles are at odds with their declared income. Image: Adobe Stock

SARS will soon be onto those whose lavish lifestyles are at odds with their declared income. Image: Adobe Stock

The South African Revenue Service (SARS) needs to pull out all the stops to improve collections from taxpayers to avoid the economic fallout from huge debt levels.

According to BizNews, the country’s current R3.9-trillion debt is likely to increase to R5-trillion in just a few years.

SARS TO CRACK DOWN ON THE WEALTHY

SARS is also chasing up on South Africans with overseas investments and assets. It said it would review foreign assets owned by high-net worth South Africans dating back to 2014.

SARS has begun to gather data from specific taxpayers by sending out questionnaires about their lifestyles and expenses.  Many wealthy South Africans are already feeling uncomfortable, having received requests from SARS to provide additional information about their earnings and expenditure.

South Africans who have bought expensive cars and homes, but whose declared income on their tax returns does not match their lifestyle, can expect to be contacted by SARS soon.

“This first group of taxpayers have been identified and will receive communication during April 2021,” Mboweni said in the televised national budget speech.

The Finance Minister announced SARS was establishing a special investigative unit to improve the tax compliance of wealthy South Africans.

The revenue service will gather information to correlate with data supplied by taxpayers who may be under-reporting incomes and expenses.

The Davis Tax Committee has also advised SARS to peruse the National Administration Traffic Information System (NATIS) and property registries to identify South Africans who have bought expensive homes and cars, according to Business Insider.

The announcement that SARS would receive R3bn from the national budget comes as a shot in the arm for the revenue service.

The R3bn funding allocation will enable SARS to improve its audit and investigative skills.

It will invest in new systems which will enable it to do enhanced lifestyle audits, and to use alternative sources of information to look into discrepancies between spending and declared tax income.