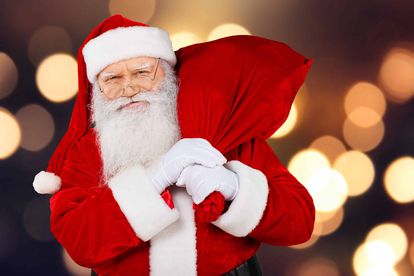 Thanks to Google’s Santa Tracker, you can see where Santa Claus and take a peek at the live stream to see what his elves are up. The map also shows when he arrived in each area, and how many Christmas gifts he delivered.

Google’s Santa Tracker: What you need to know

Santa’s Christmas journey around the globe

As Santa travels around the globe, visitors to the Santa Tracker will also be able to access seasonal scenes from hundreds of Local Guides around the world.

Parents can also read a bedtime story to their children if the eyelids get a bit heavy waiting for Santa. Google’s Ollie Under The Sea is a richly illustrated rhyming story that follows a narwhal named Ollie on his quest for an underwater celebration.

But wait, there’s more. You can invite Santa Claus into your living room by searching for Santa Search on your phone and clicking View in 3D and he’ll magically appear

Watch on your phone as Santa rocks around your own tree, patio, or wherever you are. Remember to take a screenshot so you have proof that he stopped by.

Time spent with family on Christmas

While you’re visiting Santa’s village, do scroll down to check out the clumsy penguins, they’re a hoot. Why not make some gingerbread friends or meet a friendly Yeti?

You’ll find surprises hidden around the village as well, including Google’s game, Build and Bolt; designed specifically to bring the family together and race to be the fastest gift wrapper.

As much fun as tracking him can be – as well as all the other festivities of the season – Google reminds families that “real magic happens when we spend time together.”

“Start the countdown with your family, read a bedtime story together, put a smile on your friend’s face with a funny video or sing some carols with your loved ones.”

Did you know that the North American Aerospace Defense Command (NORAD) and its predecessor, the Continental Air Defense Command (CONAD) has been tracking Santa for more than six decades as well.

The yearly tradition of NORAD following Santa’s trek around the globe started decades ago due to a wrong number.

In 1955, NORAD says a call came in at its predecessor, the Continental Air Defense Command (CONAD). When U.S. Air Force Colonel Harry Shoup picked up the phone, a child was on the line asking for Santa.

To this day, NORAD still tracks Santa and has become an established tradition for families worldwide. Read more here.