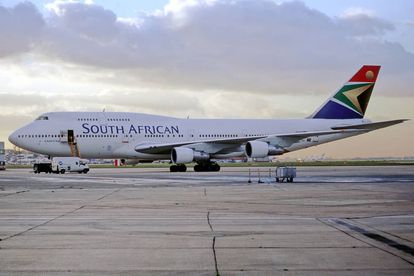 Despite its well-documented woes, South African Airways (SAA) has some positive news early in the new year. It has been named as Africa’s most on-time airline and one of the top four on-time mainline carriers throughout the Middle East and Africa, according to the On-Time Performance Review 2019 published by Cirium, a global travel data company.

Other African airlines listed in the top ten for the Middle East and Africa are TAAG of Angola (4th), Air Mauritius (5th), Ethiopian Airlines (9th) and Kenya Airways (10th).

SAA was beaten in its category by Qatar Airways (1st), Emirates (2nd) and Middle East Airlines of Lebanon (3rd). Qatar Airways has now maintained its top position for the fifth consecutive year.

The annual study does not list the worst-performing air carriers.

“We are excited that most of the time we adhere to these deadlines,” said SAA acting CEO Zuks Ramasia in a statement.

“We are encouraged by this latest announcement about our performance. It is an endorsement and occasion to celebrate a great achievement, especially when judged against our own peers globally. Customers always have a choice and those who elect to fly with us, recognise that we are a dependable airline.

“The results speak volumes about consistency and reliability of our operations — a key feature underlying our customer value proposition. This is an important attribute of our business,” he said.

“We place a high premium on punctuality as measured through OTP. It is one of our most important customer impact performance indicators. The more punctual we are, the happier the customers we keep.”

“Any flight delays could lead to costs for the airline and inconvenience to the customer. Delays could snowball into more delays, requiring more re-planning to recover the schedule for the rest of the day and bring inefficiencies.”

According to the SAA, its overall on-time performance across its route network is 85.69%.

The Cirium 2019 review revealed Russian carrier Aeroflot as the world’s — and Europe’s — most on-time global mainline airline with 86.68% of its flights arriving on-time. Japanese carrier All Nippon Airlines (ANA) came in second place with 86.26%.

ANA and Japan Airlines (JAL) were both near the top despite suffering major disruptions from very damaging typhoons in September and October 2019. In fact, ANA’s performance increased from 84.20% in 2018 to 86.26% in 2019. Last year’s winner, US-based Delta Air Lines, took third place with 85.69%.