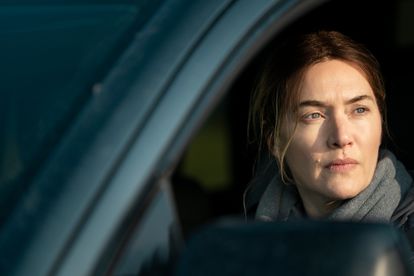 From Mare of Easttown, Hacks, Primal, I May Destroy You, Lovecraft Country, A Black Lady Sketch Show, and more, here are seven must-see Emmy winners to add to your Showmax watchlist and binge now!

HBO’s Mare of Easttown dominated the Limited Series acting categories, after being nominated for 16 awards, including Best Limited Series. Oscar winner Kate Winslet (Eternal Sunshine of the Spotless Mind, Titanic), who already had an Emmy for Mildred Pierce, picked up a second as small-town detective Mare Sheehan, who must investigate a murder while trying to keep her life from falling apart.

Evan Peters (American Horror Story, and X-Men’s Quicksilver) and Julianne Nicholson (The Outsider, I, Tonya, August: Osage County) took home the Supporting Actor and Actress categories as her colleague and friend respectively. Jean Smart (Watchmen, Fargo) had also been nominated for her role as Mare’s mother, but instead won for Outstanding Lead Actress: Comedy for her role in Hacks.

Mare of Easttown holds a 94% critics rating on Rotten Tomatoes,where the critics’ consensus says Winslet is at her “career-best.” The Guardian hailed the series as “a stunning, harrowing success… a murder mystery that kept us guessing right to the profoundly moving end.”

The #1 show on Rotten Tomatoes’ Best TV of 2021 (So Far), Hacks centres on legendary Las Vegas comedian Deborah Vance, who takes on an entitled, down-on-her-luck Gen Z comedy writer in a bid to find fresh material and remain relevant as her performance dates start to dwindle.

Hacks was up for 15 Emmys this year, including Outstanding Comedy Series, with Jean Smart (Watchmen, Mare of Easttown) taking home her fourth Emmy as Deborah and co-creator Luca Aniello winning Outstanding Director and sharing the Writing Emmy with Paul W. Downs and Jen Statsky. This was just the fifth time a woman had won the Comedy: Directing category at the Emmys.

Already renewed for a second season, Hacks has a 100% critics rating on Rotten Tomatoes, where the critics’ consensus says, “A prickling debut that pulls few punches, Hacks deftly balances its sharp critiques of the comedy world with more intimate moments, all the while giving the incomparable Jean Smart a role worthy of her talents – and an excellent partner in Hannah Einbinder.”

The first half of Adult Swim’sPrimal won three Outstanding Achievement In Animation Awards at the 2020 Emmys, for storyboard artist Genndy Tartakovsky, art director Scott Wills, and character designer Stephen DeStefano. At the 2021 Emmys, the second half did even better, beating the likes of Big Mouth, Bob’s Burgers, The Simpsons and South Park to be named Outstanding Animated Program, for Plague of Madness. Storyboard artist David Krentz also received the show’s fourth Outstanding Individual Achievement in Animation Emmy.

From Genndy Tartakovsky (Samurai Jack, Hotel Transylvania), Primal follows a caveman at the dawn of evolution and a dinosaur on the brink of extinction. The two creatures, one on the way out and one on the way in, become each other’s only hope of survival in a treacherous world.

The two 2021 Emmys are just the latest in a string of accolades for the show, including Best General Audience Animated Production and Best Directing at the 2021 Annie Awards. Primal has an 8.7/10 score on IMDb and a 100% critics’ score on Rotten Tomatoes, where the critics’ consensus is, “Epic in every sense, Genndy Tartakovsky’s Primal is a stunning feat of visual storytelling.”

I MAY DESTROY YOU | Binge now on Showmax

Completely snubbing I May Destroy You may have been the final nail in The Golden Globes’ coffin: the Emmy’s more diverse voters didn’t make the same mistake, giving it two awards from its nine nominations, including Outstanding Writing for creator Michaela Coel, who was also nominated for Lead Actress, Directing and Outstanding Limited Series for the show. Coel became the first Black woman to win the Limited Series: Outstanding Writing award.

I May Destroy You centres on Arabella (Coel), a carefree, self-assured Londoner with a group of great friends, a boyfriend in Italy, and a burgeoning writing career. But when her drink is spiked with a date-rape drug, she must question and rebuild every element of her life.

I May Destroy You was named the show of the year in 2020 by Time and has a 97% critics rating on Rotten Tomatoes, where the critics’ consensus says, “I May Destroy You is at once brave and delicate, untangling the trauma of sexual assault with dark humour and moments of deep discomfort, all held together on the strength of Michaela Coel’s undeniable talent.” In their five star review, The Guardian raved, “Michaela Coel’s exploration of consent, race and millennial life… works on every level… An extraordinary, breath-taking achievement without a false note in it, shot through with humour and with ideas, talent and character to burn at every perfectly plotted turn.”

No, the dearly missed Michael Kenneth Williams (The Night Of, The Wire, Boardwalk Empire) still hasn’t won an Emmy, and now never will. But his Lovecraft Country co-star Courtney B. Vance did, for Guest Actor as Uncle George, and used the opportunity to sing the legend’s praises. Vance credited Lovecraft Country creator Misha Green by saying she said it best but, “Michael did everything with his full heart open, with his infinite spirit and with way too much style. May he rest in power and let us all honour his immense legacy by being a little more love-forward, a little more endless in thought, a little bit more swaggy in act.”

In the 1950s, Atticus, a young African-American, sets out on a road trip with his friend and uncle to find his missing father. This catapults the three into a struggle for survival against the dual terrors of Jim Crow-era America and terrifying monsters that could be ripped from a paperback written by pulpy horror author HP Lovecraft.

Lovecraft Country has an 88% critics rating on Rotten Tomatoes, their best-reviewed sci-fi/fantasy series of 2020. As Newsday put it, “To call Lovecraft Country ‘wildly original’ seems almost a quaint understatement. But it is wild. And original. Little doubt about that.”

A Black Lady Sketch Show made history at the 2021 Emmys, when Daysha Broadway, Stephanie Filo, and Jess Hernández became the first all women of colour editing team to be nominated for an Emmy, and then the first to win too.

This is just the latest in a string of wins for A Black Lady Sketch Show, including Outstanding Comedy Series, Actress (Robin Thede) and Supporting Actress (Gabrielle Dennis) at the 2021 Black Reel Awards.

In May, HBO announced that A Black Lady Sketch Show has been renewed for a third season. “Making A Black Lady Sketch Show is a dream come true,” says Thede, who is also the show’s creator. “I see this show as a budding comedy institution, where Black women can play fully realised, non-stereotypical characters, and I am so grateful for the opportunity to continue to create that space for today’s premiere comedians.”

One of this year’s worst Emmy snubs was for four-time Oscar nominee Ethan Hawke (Before Sunrise, Boyhood), who stars in The Good Lord Bird as militant slavery abolitionist John Brown, who is credited with instigating the American Civil War. The Guardian says Hawke is “astonishing as Brown, putting in what may be a career-best performance,” but Emmy voters didn’t agree: the only love the show received was its nomination and win for Outstanding Title Design.

The seven-part series is told from the point of view of Henry “Onion” Shackleford, an enslaved boy who joins Brown’s family of abolitionist soldiers. Onion is played by rising star Joshua Caleb Johnson, who co-stars along with Grammy winner Daveed Diggs (Blindspotting, Hamilton), Critics’ Choice winner Ellar Coltrane (Boyhood), and Emmy winner Keith David (Community). The seven-part series is executive produced by Hawke, triple Oscar nominee Jason Blum (BlacKkKlansman, Get Out) and James McBride, who penned the National Book Award-winning novel it’s based on. The Good Lord Bird has a 98% critics rating on Rotten Tomatoes. As Salon says, “The series takes a brutish time in history frequently presented dryly out of respect, and dares successfully to capture the uproarious insanity of a righteous, outgunned rebel.”