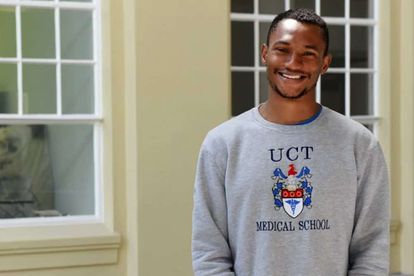 Matthew Amoni is only 25, but already holds a BSc (Med) (Hons), a Master’s degree in Cardiac Physiology, and an MBChB and he completed this level of education in just seven years!

He’s certainly not your average 25-year-old, but Amoni credits part of his success to being raised in a missionary family where he was exposed to less fortunate people from a very young age. He always knew he wanted to do something that would help others.

The UCT graduate completed his degrees in only seven years because he was part of an intercalated degree programme designed for clinician-scholars. Amoni, a former Pretoria Boys’ High pupil says it was his biology teacher who encouraged him to pursue all his passions and not to choose between them.

At the age of 16, Amoni was already working out how he could change the world in which he lives.

Amoni will be heading off to Belgium soon to begin his PhD in the laboratory of renowned cardiologist Professor Karin Sipido as South Africa does not yet have the facilities for the study of cellular electrophysiology.

His studies will focus on trying to understand the microscopic electrical circuitry of the heart. From this, he hopes to improve the understanding of heart conditions such as arrhythmias, which are responsible for almost 50% of all heart-failure deaths.

If his first 25 years are anything to go by, we don’t think this will be the last we hear of Matthew Amoni.