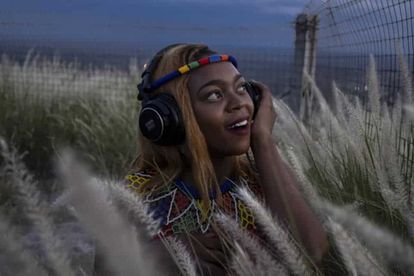 A rare combination of characters and professions, DJ Noma is a soldier by day and a DJ and musician by night.

Nomalizo Gasa, 27, has been a soldier for the South African National Defence Force (SANDF) based in Phalaborwa quarters for seven years, and is also an independent club DJ, which she has been for 13 years.

Born and bred at Kwa-Ndengezi township in KwaZulu-Natal, Gasa, is also a qualified chef who prepares food at the army’s quarters after she permanently relocated to Phalaborwa to join the local defence force.

A soldier, a chef and a musician

Shedding some light on how her music career started, Gasa said she grew up in a family where every adult was a musician.

“My late uncle was a popular guitarist in the areas of KwaZulu-Natal. Some of my other family members were singers and dancers,” she said.

To add to her long list of achievements, Gasa has recorded two songs — Uzophumelela and Walk With Me.

“I am currently promoting Walk With Me. It is about gender-based violence. I am also working on recording a live music video which is coming soon,” she explained.

Gasa feels very strongly about gender-based violence (GBV) and how vital it is for people to stand up against it.

She feels that all victims of GBV, including abused children, need women to stand up and fight on their behalf.

“I am deeply concerned about and affected by the endless number of GBV cases within our society — and so many go unreported.”

Being a female in male-dominated careers

Gasa said her DJ career started as a bet between herself and her dad, as he believed working as a DJ was for men only.

“My dad’s culture and beliefs determined that some jobs and hobbies are meant for men and not women. I told him that I was capable of doing what he believed was for men only,” she said.

“I just wanted to prove him wrong so I pursued a career in music and found myself a mentor by the name of C’ndo. That was before I joined the SANDF, and I was still a teenager,” she said.

Gasa said she started playing and spinning her decks in local clubs and festivals that specialised in Afro house, tribal house, amapiano, Gqom and techno music.

She hopes that with the release of her latest song, gender-based violence will become something that more people stand up against and report.