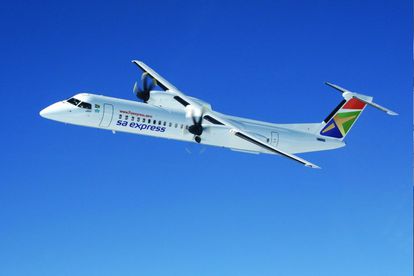 State-owned entity (SOE) SA Express has been undergoing its liquidation process since 2020. Image via Twitter @SAExpress

State-owned entity (SOE) SA Express has been undergoing its liquidation process since 2020. Image via Twitter @SAExpress

SA Express had been a key player in South Africa’s aviation landscape since it acted as a feeder airline for the national carrier, as well as providing reliable air transport between the major hubs and regional airports in South Africa and neighbouring states.

The final liquidation of the state-owned carrier this week is the latest blow to South African aviation, which has seen major changes since the onset of the pandemic.

SA Express had been grounded since the airline went into provisional liquidation in April 2020 after failed attempts to rescue the business. Several unsuccessful attempts were made over the last two years to sell the carrier.

ALSO READ: Behind the scenes: Bringing SA Express back from the brink

THE END FOR SA EXPRESS

The company’s liquidators said in August there was no way to save the business.

Its employees, who have been suffering without the payouts they were owed, were hoping to return to the airline.

“Today marks the saddest day of the aviation sector. We were hoping the aviation sector would grow in leaps and bounds – but it’s a situation that we regret: those who hoped to come back to work for SA Express (won’t be able to). The final court order has been granted. It’s a sad day,” Raphetha told BusinessTech.

In its address to the portfolio committee on public enterprises on Wednesday, the department provided an update on the state of Mango’s business rescue.

The airline was placed in voluntary business rescue on 28 July 2021. The business rescue practitioners were allocated R819 million to execute a rescue strategy, which involved reducing operations and cutting staff. Ultimately, all staff were either given severance packages, retrenched, or resigned, according to BusinessTech.

According to the department, an unnamed preferred bidder has provided the confirmation of funds needed to secure its investment in the airline, with September and October 2022 set aside for the finalisation of the deal, and for the various regulatory and competition approvals to take place.

The bid is subject to approval by the shareholder, government, and the process still has a long journey ahead to determine the airline’s future.

The cost of air travel in South Africa has increased by almost 50% over the last year as pent-up demand and the closure of several domestic routes have added pressure to the market.

The closure of Comair in June came as a shock to the country, resulting in a loss of around 40% capacity of airline seats in the SA market. British Airways and Kulula were two well-respected brands that the country did not expect to lose so suddenly.