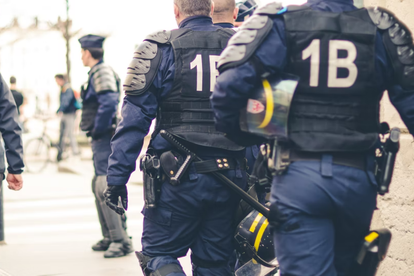 One local thinks that the Russians would fail dismally at invading South Africa through Nelson Mandela Bay. Image via Unsplash

One local thinks that the Russians would fail dismally at invading South Africa through Nelson Mandela Bay. Image via Unsplash

Ukraine is currently engaged in a huge war against Russian troops who invaded the country on Thursday 24 February. While the world has expressed concern over the deadly Russian invasion of Ukraine, one South African social media user has jumped on the opportunity to take a amusing stab at how things would turn out if the country was invaded by Russian troops entering through the Port Elizabeth Harbour.

An unidentified Nelson Mandela Bay (NMB) resident resident has put a smile on many people’s faces after writing a short yet scathing WhatsApp message on how Russian troops would fail dismally at their mission to capture the country because of a number of issues the metro is currently facing…and has faced in the past.

According to the person behind the message which has been circulating on WhatsApp and now on other social media platforms, a crane would have collapsed onto the main Russian navy cargo ship because of rust and a lack of maintenance. This would result in the troops being unable to offload tonnes of ammunition and other equipment from the ship.

ALSO READ: ‘He must take Zuma out first’: SA reacts to Putin pointing at Durban on map

Here the writer of the tongue-in-the cheek piece on the fact that a large gantry crane collapsed at the Port Elizabeth Harbour in 2018.

The writer then continues to say that the Russian mission would continue to go sideways because of E-coli (Escherichia coli) contaminated water – another problem Gqeberha residents are currently faced with – that makes them ill.

The high rate of crime in Nelson Mandela Bay also sees their battle tanks being stripped of their rails and their trucks of their wheels, while their food and other necessities also get stolen in the night.

We’re not even going to mention potholes here!

RUSSIAN INVASION OF SOUTH AFRICA GRINDS TO A HALT:

After three days of chaos in the Port Elizabeth Harbour, where a crane collapsed onto the main Russian navy cargo ship, owing to rust and a “surprising” lack of maintenance resulting in the inability to offload tonnes of ammunition and other equipment.

“The Russians finally assembled a convoy of 480 vehicles to push inland towards Gauteng. The convoy proceeded as far as Zwide on the Uitenhage road, where they decided to camp for the night after three-quarters of the personnel were struck down with acute dysentery-like symptoms attributed to the local drinking water.

“To add insult to injury, most of their fuel and rations were missing. Reports of like incidents are emanating from other regions in South Africa. A Russian spokesperson, speaking on condition of anonymity, said they grossly underestimated the ability of the local special forces.

The nation erupts in laughter

Needless to say, many people found the post highly entertaining, especially considering that the points made are indeed true representation of the current disastrous state of the metro – and many other parts of South Africa.

After spotting it on Facebook where it was reshared by a user with the handle Drew Wicher, one person, Olga Bosman Schoeman commented:

“Yeehaaa thanks for the belly laugh! Gonna steal this.”