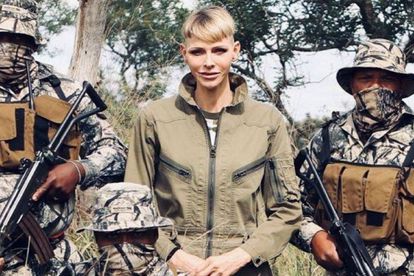 Weeks after her husband, Prince Albert said that she is ready to return to the Royal house in Monaco, Princess Charlene’s return has been delayed again.
According to new reporting from the Daily Mail, Princess Charlene had to undergo another surgical procedure here in her home country this week. The latest delay will do nothing but fuel the endless rumours of a rift in the royal pair’s marriage.

Princess Charlene still not ready to reurn to Monaco

Charlene has been in South Africa for the last few months, with the Royal family claiming that she has been unable to leave the country, due to a persistent ear, nose and throat infection. As we reported earlier, Prince Albert had denied all reports of marriage issues last month, while speaking to US media.

According to the Prince, Charlene was supposed to be in SA for just 10 days. But her medical condition caused her to miss key events, including her 10 year wedding anniversary. In a statement from her foundation this week, this week’s procedure was described as “final”.

What next for Charlene and Prince Albert?

It is not clear how long the princess will need to recover before she can travel back to her family.

While the health saga rumbles on, UK tabloids have also been quick to point out how Prince Albert made two joint appearances with actress Sharon Stone towards the end of last month. One of them was the premier of the latest James Bond film in London.

Those same tabloids even went as far as hiring a body language expert. That expert found that photos of the couple during a visit to Princess Charlene in August, showed “no emotional bond”.

We guess only time will tell whether this “separation” is purely related to medical issues.