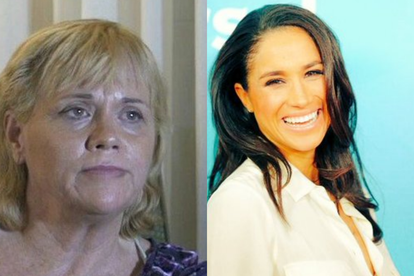 Meghan Markle’s sister Samantha Markle is suing the former Duchess of Sussex for what she believes was a “premeditated campaign to destroy” her and her father. Samantha claims that Meghan lied to Oprah Winfrey during their famous interview and did not grow up poor or was ever put in a situation to raise herself.

Meghan’s lawyer has since slammed the claims as “baseless.”

Meghan Markle’s sister sues her trying to ‘destroy’ her father

Samantha Markle is suing her former royal sister Meghan Markle for $75 000. Shocking court documents reveal that Samantha is claiming that Markle attempted to destroy their father in order to push the narrative that she grew up from “rags to riches.”

According to Samantha, Meghan launched a ‘premeditated campaign to ‘destroy her and her father’s reputation.

Samantha says that Meghan painted her and her father, Thomas Markle in a bad light so that they could not interfere with or contradict the “false narrative” and “fairy tale life story” she concocted for herself.

She also alleges Meghan lied to Oprah when she claimed that she “essentially raised herself from virtual poverty” and from 13 had to take on low-paying jobs to “make ends meet”.

The lawsuit also says that Meghan lied when she said that she and Samantha only met a few times and weren’t close.

“This is false. Samantha spent time with Defendant on a regular basis throughout her childhood and even lived in the same apartment house with Defendant for a period of time.

“Samantha picked up Meghan from school; took Meghan for ice cream and to the mall regularly, and spent many family holidays with the Defendant.

“Meghan’s father was Meghan’s primary care-giver and Meghan and Samantha saw each other regularly.’

The Daily Mail reports that the 57-year-old filed the lawsuit in Tampa, Florida.

The document read in part:

“Plaintiff has suffered actual damages in the form of lost employment, lost income from sales of her autobiography, emotional and mental distress, including anxiety and fear due to the threatening and violent emails and messages she receives regularly, and harm to her reputation and credibility.”

Meanwhile, Meghan’s representation said that Samantha’s claims are baseless and that they would be giving the case “minimum attention.”

“This baseless and absurd lawsuit is just a continuation of a pattern of disturbing behavior. We will give it the minimum attention necessary, which is all it deserves,” the lawyer told TMZ.