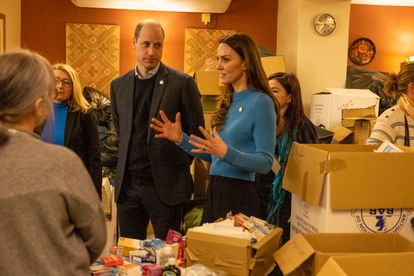 Prince William has come under fire for his comments on war in Europe. Image: Getty Images.

Prince William has come under fire for his comments on war in Europe. Image: Getty Images.

Prince William is being dragged on Twitter after he called the war in Ukraine “alien” to see in Europe instead of Africa and Asia – during his visit to Ukraine’s cultural centre with Kate Middleton on 9 March.

The Duke and Duchess of Cambridge visited a Ukrainian Cultural Centre in London on 9 March to meet with volunteers. This comes after Russia’s invasion of Ukraine. Kate Middleton offered trays of homemade brownies and granola bars. Her sweet gesture may have been praised by many but it was Prince William’s comments on wars in Europe that has come under fire.

Prince William is facing online backlash for remarking that a war in Europe is “alien” to see because British people are “more used to seeing conflict in Africa and Asia.”

“#ICYMI: Prince William said it’s rather normal to see war and bloodshed in Africa and Asia but not Europe, during a visit to the Ukrainian Cultural Centre in London today. “It’s very alien to see this in Europe. We are all behind you,” he told the volunteers there,” she tweeted.

The tweet has been trending on Twitter as Tweeps feel Prince William’s comments were “racist”. This is similar to South African-born comedian Trevor Noah labelling the media coverage of Russia’s invasion of Ukraine as “racist”.

Meghan Markle, the wife of Prince Harry then began to trend on Twitter. This is because Tweeps are now convinced Prince William was the one to ask about her son Archie’s skin colour which she previously revealed in her tell-all interview with Oprah. At the time, she did not reveal the name of who had made those remarks about her son. So, Tweeps now strongly believe it was Prince William. Take a look…

“More reason as to why I just continue to believe it was Prince William who asked Harry what the skin color of his nephew was gonna be… not saying it couldn’t be other family members but when Meghan said it could be ‘damaging’ to the person who said it,” tweeted @atima_omara.

“Remember when Meghan said that someone was concerned about how dark her baby will be…it’s him,” tweeted @stfhktygxox.

“Prince William is so f****** racist starting to think he made the comment on Meghan’s baby skin  🤭👀look how they are aging NOT fine wine 🍷 hunny #PrinceWilliam #MeghanAndHarry,” tweeted @vapenteng11.