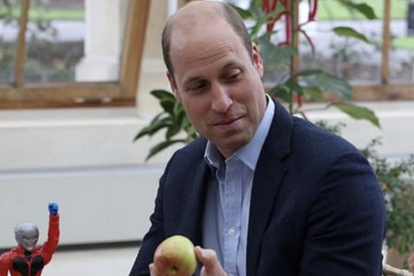 Prince William says the world’s geniuses should focus on fixing the climate. Image via Twitter: @things_royal

Prince William says the world’s geniuses should focus on fixing the climate. Image via Twitter: @things_royal

Prince William is not at all impressed with the way billionaires are choosing to spend their money.

Speaking during a BBC interview, the Duke of Cambridge spoke about how the world’s wealthiest and smartest people, such as Jeff Bezos and Elon Musk, should be doing something about the climate as opposed to using millions on trying to get to space.

Over the last few weeks, billionaires such as Elon Musk, Jeff Bezos, and Richard Branson have made great strides when it comes to space travel.

While these are seen as victories for many, not everyone is impressed with how the world’s wealthiest people are choosing to spend their time and money.

Speaking candidly in a BBC interview, Prince William revealed that he is one of those displeased people. According to the prince, the world’s greatest minds should be putting their heads together to come up with a solution to “repair the planet”.

“We need some of the world’s greatest brains and minds fixed on trying to repair this planet, not trying to find the next place to go and live,” he told BBC’s Adam Fleming at Kensington Palace.

He shared these words shortly after Jeff Bezos sent Star Trek actor William Shatner into space along with astronauts Chris Boshuizen, Glen de Vries, and Audrey Powers on Wednesday 13 October. Shatner, at the age of 90, has become the oldest person to travel into space

Just a few days earlier, Elon Musk, the founder of SpaceX, revealed he would like to build Tesla cars on Mars, Daily Mail reports.

Robbing the children of their futures

Prince William does not seem to be as intrigued with outer space as the billionaire gang and rather warned them that there will be nothing left for the children if the inaction continues.

“I want the things that I’ve enjoyed – the outdoor life, nature, the environment – I want that to be there for my children, and not just my children but everyone else’s children.

“If we’re not careful we’re robbing from our children’s future through what we do now.

“And I think that’s not fair. I want to use my little bit of influence… to highlight incredible people doing incredible things and will genuinely help fix some of these problems,” he said.