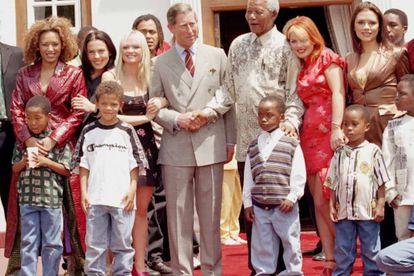 As Prince Harry and Meghan together with their son, Archie are preparing for their first Southern Africa tour as a family, here’s a look at other royals who made a visit to South Africa over the past couple of years.

Also read: Prince Harry and Meghan’s Africa tour: A look at their itinerary for the ten-day trip

The very first royal tour of South Africa was reportedly in 1901, according to Royal Watcher Blog. The trip was undetaken during the Duke and Duchess of Cornwall and York (later King George V and Queen Mary)’s massive Tour of the British Empire, which started just over a month after the death of Queen Victoria, and included stops in Gibraltar, Malta, Port Said, Aden, Ceylon, Singapore, Australia, New Zealand, Mauritius, Canada, and Newfoundland.

In March 1947, Queen Elizabeth’s father, King George VI, and (the then) Princess Elizabeth and Princess Margaret undertook a royal tour of South Africa. Here the King is seen making a speech in Basutoland (today’s Lesotho).

In the following photo, the royal family is captured on film leaving Kroonstad station in the Free State.

The following color photo was also taken on the same tour. Here Princess Margaret, Princess Elizabeth, and King George made a visit to the National Park in KwaZulu-Natal.

Queen Elizabeth II also made a state visit to South Africa in March 1995.

Here the Prince of Wales met the Spice Girls and Nelson Mandela while on tour in South Africa.

Prince Charles and Prince Harry were photographed in South Africa in 1997.

Here Prince William is photographed speaking to David Beckham and Prince Harry at a Fifa World Cup reception at the Saxon Hotel in Johannesburg in 2010.

Also read: Desmond Tutu says meeting with Prince Harry and Meghan is a ‘privilege and honour’