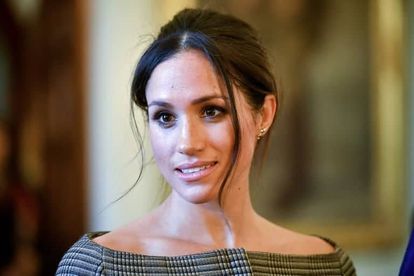 Duchess of Sussex, Meghan Markle has been hailed as a modern feminist icon and a woman who has no qualms about breaking traditional royal protocols.

But just what are the royal rules of etiquette Markle will have to abide by now that she’s married to Prince Harry?

Meghan’s been doing this since her engagement, but with even more public appearances now on her schedule, the requests are going to roll in. On one of her first outings with Harry after they got engaged, according to Express, Meghan politely turned down a request from a fan to take a selfie, saying, “We’re not allowed to take selfies.”

Why? Well, because apparently nobody is allowed to “turn their backs” on the royals.

You probably knew this one already because Meghan deleted her accounts quite a while back. All social media for her is now handled by the royal family’s various accounts.

There’s an order of entering a room

When attending royal events, the family will enter said events in the order of succession.

No voting… or getting involved in politics

It’s not written into law but there is a long tradition of the royal family abstaining from voting.

They should also remain politically neutral, however, there is some speculation that Meghan might slowly chip away at this since her biography on the official website quite clearly states her as saying she is a proud feminist.

No going out alone

Kinda obvious, but she must have security folks watching her at all times when she’s in public.

Oh man, what a bummer considering she apparently loves seafood.

But the royals tend to avoid shellfish because of the risk of food poisoning. This isn’t abided by all – with Prince Charles apparently doing whatever the hell he likes. The Queen, however, has apparently never touched shellfish.

No miniskirts and always wearing stockings

Women in the royal family should dress a certain way with hemlines no higher than an inch or two above the knee, particularly when visiting the Queen.

Meghan has flouted the rules about stockings before – including her own engagement announcement, but at her first public appearance since getting married, she was seen wearing them.

Royal women are expected to wear nude stockings while in public… and it’s one the Queen is apparently very strict about.

Also on the list of what the Queen dislikes: wedges. It’s not a hard and fast rule, but you wanna keep the Queen happy, right?

Hectic. Whenever Meghan goes travelling, she’ll have to pack clothes that are “suitable for mourning”. This tradition started when Queen Elizabeth II’s dad, King George, died while she and Prince Phillip where in Africa.

Sitting without crossing your legs

One popular pose is called “the duchess slant,” coined by Beaumont Etiquette and named for the Duchess of Cambridge, Kate Middleton. Her go-to sitting position involves keeping her knees and ankles tightly together and slanting her legs to the side.

If you’re at dinner (or any meal) with the Queen, you don’t start eating until she does, according to Express. And once the Queen is done, sorry, you’re done too.

In the same vein… you don’t get to go to bed until the Queen has gone to bed. But that only applies if you’re staying with her.

Lotto and Lotto Plus results for Wednesday, 6 July 2022