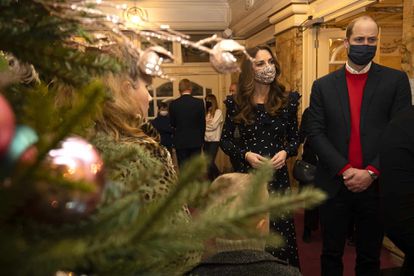 It’s the most wonderful time of the year with “kids jingle belling and everyone telling you be of good cheer”, to quote Andy Williams. However, it’s also a time for gifts, decorations and Christmas cards, even for the Royal Family.

Members of the Royal Family release their official Christmas cards every year, usually featuring heartwarming family photos and handwritten messages. The first batches for 2020 have been unveiled. Let’s take a look.

Prince William and Duchess Catherine released their official Christmas Cards already, as did Prince Charles and Camilla, Duchess of Cornwall. However, the Queen and Prince Phillip are yet to release theirs.

The royal couple’s 2020 Christmas card was shared on social media. It features an illustrated Harry, Meghan and their one-year-old son Archie. The photo was taken in front of a playhouse.

The tweet was posted by Mayhew, a charity “working with dogs, cats and communities in need since 1886”. As per the tweet, the team at Mayhew is thrilled to receive Christmas wishes from Meghan.

“We’re thrilled to receive wonderful Christmas wishes from our Patron, The Duchess of Sussex, who also made a personal donation, helping dogs, cats and our community. From all of us at Mayhew, thank you and Merry Christmas”.

Their two puppies were also included in the memorable moment, and the caption reads: “Wishing you a very merry Christmas and a happy new year”.

The photo used for the illustration was reportedly taken at the home earlier in December by Meghan’s mother, Doria Ragland. Fox News reported that the family has a small Christmas tree, and that Archie selected the decorations.

The Duke and Duchess of Cambridge

Prince William and Duchess shared a memorable family moment featuring their children, Prince George, Princess Charlotte and Prince Louis. The photo was leaked online before being shared by the couple officially.

It shows the Cambridges sitting on hay bales with logs in the background. Furthermore, the photo is believed to have been taken recently – note the winter clothes – at the family’s Anmer Hall residence in Norfolk.

Several sources have reported that the Christmas Card also features a handwritten note from the Duke of Cambridge himself, which reportedly reads:

“We can never thank you again for all the dedication and sacrifice you have had to make this year. We will be forever grateful”.

Prince of Wales and the Duchess of Cornwall

Prince Charles and Camilla’s card features a colourful and cheery photo of the royal couple posing on a bench in their garden at Birkhall, their Scottish residence. The photo was shared on social media with the caption:

“Here is this year’s official Christmas card from The Prince of Wales and The Duchess of Cornwall. The photo was taken in the garden at Birkhall, Scotland.”

The relaxed setting includes an abundance of flowers with Camilla looking straight at the camera while Prince Charles looks off into the distance.

Moreover, the pair are seated on a bench each in elegant jackets and shirts. They are surrounded by abundant foliage and flowers, with Camilla leaning into her husband and smiling to the camera while Charles looks off into the distance.

Rumour also has it that the photo was most likely taken between June and August. That’s when Prince Charles and Camilla spend the most at Brikhall, where they “enjoy the pursuits of fishing and walking in the beautiful countryside”.