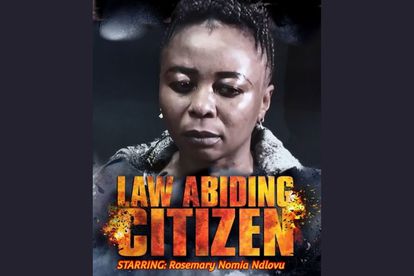 South Africans are keen to see the case of Rosemary Ndlovu being turned into a Netflix documentary.
Image via Twitter
@Stayela206

South Africans are keen to see the case of Rosemary Ndlovu being turned into a Netflix documentary.
Image via Twitter
@Stayela206

So intriguing, that tweeps are appealing to Netflix to develop a true crime series based on her crimes and subsequent court cases.

This week, the former policewoman – who is currently serving six life sentences for the murders of six relatives – has returned to court on new charges of attempted murder. The 44-year-old is accused of paying a hitman to murder an investigating officer, her former boss, and colleague’s husband.

Rosemary is currently serving time at the Kgosi Mapuru prison in Pretoria. In November 2021, the former Tembisa cop was found guilty of six counts of murder, eight counts of attempted murder and four counts of fraud.

During the period of 2012 – 2018, Rosemary Ndlovu ordered hits on six family members, including five relatives and her boyfriend.

Now tweeps are demanding Netflix secure the rights to produce a documentary about the heinous crimes.

@Nkuleh_G: “Netflix needs to do a documentary on Rosemary Ndlovu. Stuff like this is definitely made for TV. I refuse to believe that this is real life. Wow! “

@Prescilla_100: “Rosemary Ndlovu confirms that all those horrendous crime stories from the ID Channel I thought were made up, are definitely true. She is on that level and we definitely need a Netflix docuseries”

@Jabu_Macdonald: “Showmax or Netflix owes us a Rosemary Ndlovu documentary”

Rosemary Ndlovu’s case is not the only gripping and gruesome South African crime story that has been lapped up by streaming services like Netflix and Showmax.