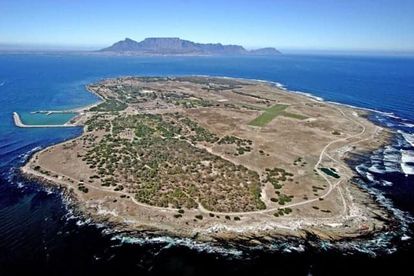 Oh, what would have become of South Africa if not for the integrity and discipline of Nelson Mandela? Only during a Robben Island tour does the true extent of his suffering become clear.

Forced to live in an unfathomably small cell, Mandela spent 18 of his 27 years behind bars on the secluded island jail. It was here he fought his toughest battles, surviving the endless hardships of hard labour and abhorrent treatment.

If you are in Cape Town, you have to go and visit. It’s a pilgrimage that every freedom-loving, democracy-supporting person has to make. He was the leader forged in fire that quelled a nation simmering towards boiling point.

The guided journey is a window into Madiba’s marvellous mind, his survival skills and unbreakable spirit. Here’s what you need to know about going to the island…

The tour itself takes about three-and-a-half hours from start to finish, including the ferry trips from the mainland and back.

Upon arrival on RI, you will be escorted on a short walk to a fleet of buses that transport tourists around the island, passing buildings and high walls constructed by prisoners to accommodate visiting families and lawyers.

What happens during the tour?

You meet your tour guide on the buses, and then you are handed over to former political prisoners who lead the tour of the cells that once confined them. Not only will your guides be able to talk to you about the jail, but their knowledge of the island is fully comprehensive of its 500-year history.

The tour route includes a harrowing trip to the graveyards of those who died whilst serving time there, as well as visits to the quarries, Robert Sobukwe’s house, armed forces bunkers, and the squalid conditions of the maximum security prison.

The tour rounds off with the chance to visit Nelson Mandela’s tiny cell, and the surroundings he had to endure.

Where does the Robben Island Tour depart from?

Ferries depart from Nelson Mandela Gateway, Clock Tower Precinct at the V&A Waterfront. Visitors will disembark and re-embark at Murray’s Bay Harbour situated on the east coast of the Island.

When you return to the mainland, you’ll still have plenty of time left in your day. Check out our guide to the V&A Waterfront to find even more adventure.