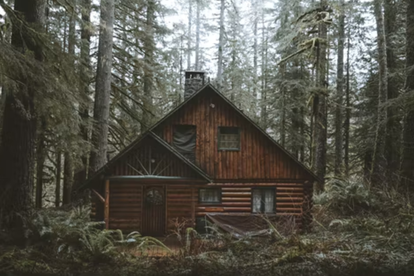 A young man has been called an ahole for asking his girl to pay to stay at his family vacation home. Image via Unsplash

A young man has been called an ahole for asking his girl to pay to stay at his family vacation home. Image via Unsplash

Relationships are not and will never be easy – especially when it comes to finances and how they should be divided. One man and girlfriend recently ran into some trouble after he asked her to pay her share for a trip with his family to a family-owned cabin in the woods. According to the man, everyone in the family pays for the place’s upkeep and she shouldn’t be exempt.

The girlfriend and many other people on Reddit where the conundrum was posted, begged to differ.

Should this girlfriend have to pay for stay at bae’s family home?

While the world is quickly changing, many women still think men should be footing most of the bill when it comes to their relationships.

One such woman is the young lady who became upset when her boyfriend asked her to pay to come over and meet his family at their family vacation cabin in the woods.

Taking to Reddit earlier this week, the lady in question’s boyfriend asked other Redditors to assess whether he was being an a**hole for expecting her to pay to come to the family home as all of the family does in order to help maintain the property.

“She was ecstatic about the idea of meeting my extended family and going to the cabin, as she’s very curious about it after hearing me talk about it a lot.

“Naturally, I sat her down and told her about the rule and how she needed to pay, as everyone else paid, and it was only fair for her to do so as well since she would be using the cabin when coming with me this year.”

Many say that he is the a**hole

His girlfriend refused to pay and rather opted out of visiting the cabin leaving the young man to wonder if his request is unreasonable.

Unfortunately, many people sided with the woman and argued that she should not have to invest in the cabin since it’s not her family.