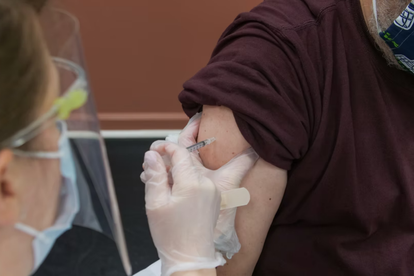 A man has been slammed as dumb after he got 10 COVID jabs in one day. Image via Unsplash

A man has been slammed as dumb after he got 10 COVID jabs in one day. Image via Unsplash

A man made the incredibly bizarre decision to get 10 Covid-19 vaccinations in one day in exchange for money. According to reports, the man may have been paid to get vaccinated by anti-vaxxers who want the certificate. Health professionals have since slammed his actions as reckless.

A New Zealand man has been slammed by New Zealand healthcare professionals. This was after he visited 10 different doctors to get the COVID-19 vaccination. The unnamed man pretended to be a different person each time.

Authorities believe that he was paid by 10 anti-vaxxers who wanted to get “vaccine passports”. New Zealander’s are required to show a vaccine pass in order to gain access into certain business establishments.

The University of Auckland vaccinologist Helen Petousis-Harris has since slammed the man’s actions. According to her, it was a “really dumb thing to do.”

She also added that the man was probably left feeling ten times as awful as those people who only had one vaccination.

“I think the chances of them feeling extra awful are higher than someone who had a regular dose,” she said. Daily Mail also reports that he will not be any more protected from the virus than those who have only had a single dose.

Here’s what netizens think of his bizarre actions

While some joked about how far the man was willing to go to make a quick buck, others slammed health officials.

“This just illustrates how blase these so-called healthcare providers are with people’s health. Their processes do not have robust safeguards to prevent something like this from happening.”