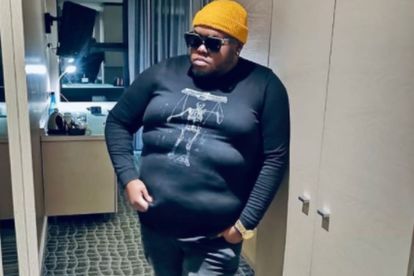 South African house musician Heavy K and his ex are currently engaged in a big battle around their child and maintenance. Around a month ago, the musician took to his Facebook to complain about baby momma’s who keep their children away from their dads. Shortly after that, his ex accused him of not paying child support.

Now South Africans have reacted to her demands.

It’s no secret that SA’s self-professed ‘Drum Boss’ Heavy K and his child’s mother Ntombi Nguse are going through a lot of drama. Just a month ago, Heavy K dragged mothers who use their children as “weapons” against their exes. Naturally, many people assumed it was an indirect jab at his ex.

Ntombi then confirmed this when she headed online to accuse him of failing to pay his child support.

“All you ever do is make empty promises and that is what you’re good at. Do you know who bought winter clothes for your children? ME. Do you know who pays for specialists and doctor’s visits? ME,” read a part of her lengthy Instagram post.

In an interview, she shared how the musician failed a number of times to pay child maintenance. She also revealed that she expected R5 000 for one child.

SA reacts to the demand

South Africans who heard what Ntombi is expecting from Heavy K have mostly agreed that R5k is too much for a child. Many of them have said that she is making a very unreasonable request. Here are some of their comments:

“R5K per month for a child is way too much I don’t care who says what. 5K can feed a whole household…these women want men to take care of their fancy lifestyle using kids. That heavy K girlfriend uyanya straight.”

“Heavy K may not even afford that 5k per month she wants. Artists have been hit hard by covid 19 and with the advent of amapiano other genres are not as lucrative lately. But the point is don’t attack baby daddy on social media that’s a juvenile reaction.”