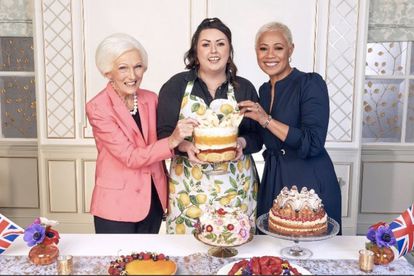 The jubilee pudding competition was won by Jemma Melvin who made a Lemon Swiss Roll and Amaretti Trifle. Image via Twitter @MeolsCopHS

The jubilee pudding competition was won by Jemma Melvin who made a Lemon Swiss Roll and Amaretti Trifle. Image via Twitter @MeolsCopHS

A pudding fit for royalty was announced on Thursday after nearly 5 000 amateur bakers entered a contest to design a sweet ending to celebrations for Queen Elizabeth II’s Platinum Jubilee next month.

Inspired by the dessert served at the queen’s wedding to Prince Philip in 1947, Jemma Melvin was unveiled as the winner on a special BBC programme with her lemon Swiss roll topped by an amaretti trifle.

A PUDDING WORTHY OF THE QUEEN

The aim was to create a pudding worthy of the queen that was at the same time simple enough to be recreated by millions of Britons celebrating the 70th anniversary at street parties throughout the realm.

Melvin, 31, a copywriter from Southport near Liverpool in northwest England, was overjoyed after a panel of celebrity chefs unanimously picked her out of the five finalists.

“I’m going to be making my recipe for my gran at her street party,” said Melvin, who learned the rudiments of baking as a child from her grandmother.

“I found out that the queen had lemon posset at her wedding, so I decided the pudding had to be based around the lemon flavour.

“The thought of people recreating my pudding, especially round the jubilee, is just a total pleasure.”

DETAILS OF THE PUDDING MADE FOR THE QUEEN’S JUBILEE

It enters into British culinary lore, joining such immortals as Victoria Sponge and Coronation Chicken, invented for when Queen Elizabeth took the throne in 1952 and which is still popular today.

Angela Wood, who helped create Coronation Chicken as a young cookery student, said she was surprised her dish of poached chicken in a creamy sauce had stood the test of time.

“I hope whoever wins the pudding (competition), the same thing happens,” she told AFP recently.

“I really think we’ll be making Jemma’s trifle for at least the next 50 to 100 years, without a doubt.”

The main jubilee celebrations will be held over a four-day long weekend, kicking off with public holidays on Thursday, 2 June and Friday, 3 June.