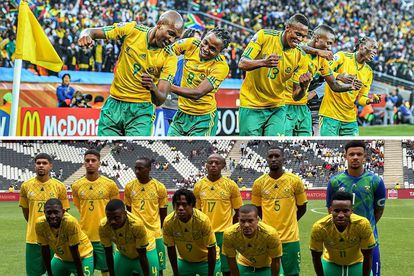 Like the rest of us, the boys in green and yellow watched the tournament on their television sets rather than taking part in the action in Qatar.

WHEN DID BAFANA BAFANA LAST PLAY IN THE WORLD CUP?

South Africa last played in the Fifa World Cup in 2010 – the same year the country hosted it. And their participation was by default as hosts of the tournament.

Before that, Bafana Bafana last qualified for the competition in 2002 – 20 years ago!

A year ago, the team’s dreams of playing were dashed after they were defeated by Ghana in the qualifying stage.

Bafana Bafana player George Maluleka weighed in on the experience telling FarPost: “It is disappointing that [there is] no PSL player or Bafana Bafana in the tournament.

“These are the games that we want to be associated with, games we want to play as players. The biggest tournament and it is unfortunate that we are not there to represent our countries.”

Some commented that fellow “underdog” teams like Saudi Arabia and Japan who beat Argentina and Germany respectively were proving that SA’s team had a fighting chance at the competition.

Here’s how tweeps trolled the national team on Twitter

@jaketheoptimist: “Bafana Bafana players saw a World Cup being played in December and they didn’t qualify on purpose because there’s no baddies, hubbly, and Konka in Qatar”

@lekoloanemanam2: “Bafana Bafana matches should be free until they qualify for AFCON and World Cup”

@BekithembaZ: “I need a documentary about how much money SAFA has spent on Bafana Bafana and how much of it has returned revenue of any kind. Go far back as 2010 just after the World cup. Somebody, please call Showmax and SABC Plus”

@iam_siyafierce: “Maybe if these losers Bafana Bafana had qualified for the World Cup they might have suspended load shedding for a month

Music act The Kiffness also shared a below-the-belt joke at the expense of Bafana Bafana and World Cup hosts Qatar.

Playing on the Arab country’s strict stance against the LGBTQ community, he tweeted: “Only reason Bafana Bafana isn’t playing the Qatar World Cup is because we’re The Rainbow Nation”