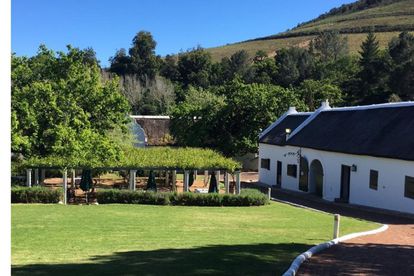 One of the oldest wine estates in the country, The Morgenhof Wine Estate, is going under the hammer later this year.

Morgenhof Wine Estate up for grabs

According to IOL, the lush 210ha winery has drawn a bounty of potential investors with, the majority of interest stemming from an international audience, and will go on a virtual auction facilitated by High Street Auctions on 25 August.

High Street Auctions director and lead auctioneer Joff van Reenen said since the first two viewings of the winery, interested buyers from South Africa and several who flew in from overseas, the auction has drawn a sizeable crowd of potential buyers.

“It is not surprising that we have drawn investors from 13 countries looking to bid on the Morgenhof estate,” he added. “It’s a historic winery with a rich reputation and the location ties everything together.”

A portfolio of wines

The Morgenhof estate is currently owned by Anne Cointreau, whose family has produced wine, champagne and spirits in France since 1272.

Cointreau’s great grandfather Adolphe Cointreau is known for his creation of the famous orange liqueur that carries the family name and his son, the luxury Remy Martin brand of cognac.

“The Morgenhof vineyards are farmed as ‘dry land’, this results in smaller yields and superior concentrations in the berries,” van Reenen continued. “The estate comprises a variety of soil types, with the terroir further complimented by altitudes ranging from 40-400 metres above sea level.”

Morgenhof’s portfolio of wines includes a mixture of reds and whites.

“This is an established and well-diversified business with multiple income streams that offers a new owner with a vision, massive potential to expand.”

The current owner wants Morgenhof’s legacy to continue for another three centuries.

“So after three decades of contributing her lineage’s 800 years of viticulture experience to this estate, she is handing over the reins,” van Reenen concluded. “Anne Cointreau will be returning to France to retire and enjoy life with her extended family, and we wish her well.”