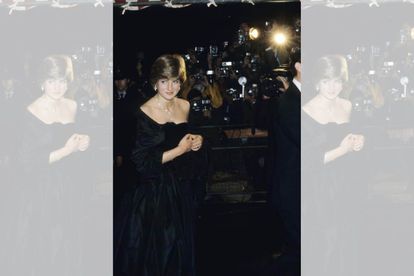 A dress – known as the ‘superstar’ dress – that was created for Princess Diana miraculously vanished ever since it was created in 1981.

According to All4Women, Elizabeth and David Emanuel – who designed the late royal’s wedding gown when she married Prince Charles in 1981 – produced a bright pink ensemble with a daring neckline and a slit to the thigh, but not only do they not know why she never wore it, they’ve never seen it since.

Elizabeth – who has photos of the dress in her studio – said: “Looking back, we did a bright pink dress for the pre-wedding ball, it’s such a shame that it’s never been seen. She wanted to look amazing. By then, she had this model figure so we did this dress that had a plunging neckline, slashed to the thigh. It was a completely different look to anything she’d worn up to that stage… even more superstar than the black dress.”

It is said that the design team were responsible for Diana’s first major fashion moment in the public eye, when she wore a “sexy” dress, and broke with royal tradition, to accompany Charles to a Royal Opera House fundraiser at Goldsmiths’ Hall where they met Grace Kelly.

“It was a grown-up, movie star dress. It was sexy and cut quite low,” Elizabeth continues. “The royals don’t often wear black unless they’re in mourning, but we were innocent of those things, we just thought she looked stunning. We had no idea it would cause such a fuss. That was the first night she was regarded as a fashion icon. It was lift-off. Everything changed.”

However, the pair were stunned to get the call to make the wedding dress from Diana herself.

Elizabeth told the Telegraph: “I was slightly annoyed because I was at a critical point in a fitting but the phone wouldn’t stop ringing. I picked it up and it was Diana.

“She asked ‘Would you and David do me the honour of making my wedding dress?’ I think time stopped for a few seconds. We never thought it would be us, we were relatively inexperienced but we knew our lives would never be the same.”

And it was not. While all eyes were no doubt on Princess Diana and Prince Charles on their wedding day, the true star of the show may have actually been Diana’s wedding dress: an ivory silk gown embroidered with 10 000 pearls and a 25-foot long train, custom-designed by the team.