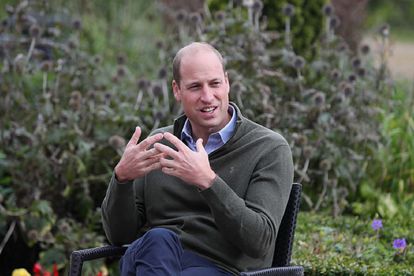 Prince William, Duke of Cambridge during a visit to the CRS at Cave Hill Country Park as part of his tour of Belfast on September 9, 2020 in Belfast, Northern Ireland. Image: Brian Lawless – WPA Pool/Getty Images.

Prince William, Duke of Cambridge during a visit to the CRS at Cave Hill Country Park as part of his tour of Belfast on September 9, 2020 in Belfast, Northern Ireland. Image: Brian Lawless – WPA Pool/Getty Images.

Prince William has a new title after he was named the ‘World’s Sexiest Bald Man’.

Yes, researchers found that the 38-year-old prince was described as “sexy” 17.6 million times in blogs, reports and pages found through Google search, according to a report from The Sun, which cited a study by cosmetic surgery specialists Longevita.

“There are quite a few bald public figures we can feast our eyes on,” a spokesperson for Longevita said, according to the publication.

But, what about Stanley Tucci?

One actor who wasn’t mentioned on the initial list, however, also began to trend on Twitter in response as well is Stanley Tucci.

“What did Stanley Tucci do to deserve this disrespect,” one user tweeted as another added, “this is gross stanley tucci erasure.”

It wasn’t long after the news spread and Stanley was trending on social media.

Some said that Stanley will be avenged soon:

Coming to the Prince’s defence

While Prince William was seemingly trolled over the news, dozens of users rushed to the prince’s defence.

“What’s with all the bald shaming of Prince William? Haven’t we been fighting for decades – if not centuries – for body positivity & an end to body shaming? There are other things to criticise him for, but that is pretty hypocritical and revolting,” one social media user said.

Another user reasoned: “Many people making fun of Prince William for being bald. Will is confident enough to not base his worth on his looks and even can joke about it himself. But I hope other men who are bald and insecure don’t see their tweets and feel even more insecure over what they can’t control.”

Luckily, Prince William sees the funny side in his baldness, and has poked fun at himself on a couple of occasions.

Back in 2017, he shook hands with some local London-based barbers saying: “I don’t have much hair, I can’t give you much business.”