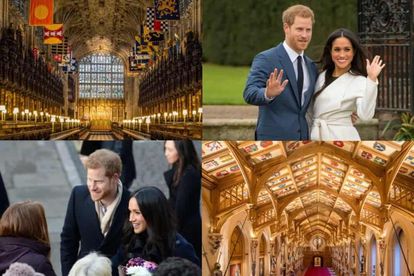 The world is anxiously waiting for the day Prince Harry and Meghan Markle will tie the knot. After announcing their engagement in November, people have been wondering exactly what will happen on their wedding day. After months of speculation, the couple revealed more details regarding their royal wedding that is set to take place in May earlier today.

Prince Harry and Ms. Meghan Markle are hugely grateful for the many good wishes they have received since announcing their engagement. pic.twitter.com/NiKWgVVboJ

Kensington Palace previously revealed the date of the wedding, but the timing of the ceremony hadn’t been confirmed until today. On Monday morning, Kensington Palace announced that the couple will get married at 12 p.m. GMT (7 a.m. ET) on May 19, 2018.

They are looking forward to the day and to being able to share their celebrations with the public and wanted to share the following details about their wedding on May 19th with you: pic.twitter.com/hZbn7reYCc

The wedding service will be held in St. George’s Chapel at Windsor Castle. The service will be officiated by the Dean of Windsor, the Right Reverend David Conner and the Archbishop of Canterbury Justin Welby.

The wedding service will begin at 12noon at St George's Chapel. The Dean of Windsor will conduct the service and The Archbishop of Canterbury will officiate as the couple make their vows. pic.twitter.com/dTS56fy22c

The royal family also revealed the route of the procession set to take place following the ceremony, when Prince Harry and Meghan Markle will first emerge as husband and wife.

According to the palace, the newlyweds will leave Windsor Castle in a carriage and travel along High Street through the town of Windsor, before returning to the castle by the Long Walk. Windsor is said to be some 40 km (25 miles) west of central London.

They hope this short journey will provide an opportunity for more people to come together around Windsor and to enjoy the atmosphere of this special day. pic.twitter.com/z8fukP2nea

Following the procession, the couple and guests from the congregation will attend a reception at St. George’s Hall.

Following the service, there will be a reception at St George's Hall for the couple and the guests from the congregation. pic.twitter.com/t6P95lJyZC

Later that evening, The Prince of Wales, Harry’s father, Prince Charles, will host a private reception for the couple and their close friends and family.

Later that evening, The Prince of Wales will give a private evening reception for the couple and their close friends and family. pic.twitter.com/zT1EXdacnC

Also Read: Who is Prince Harry’s bride to be and how did they meet?